CHINA China urges Japan to reflect upon history of aggression

China urges Japan to reflect upon history of aggression

A spokesperson from China's Ministry of National Defense on Friday urged Japan to earnestly reflect upon its history of aggression and take practical steps to win trust from neighboring countries. 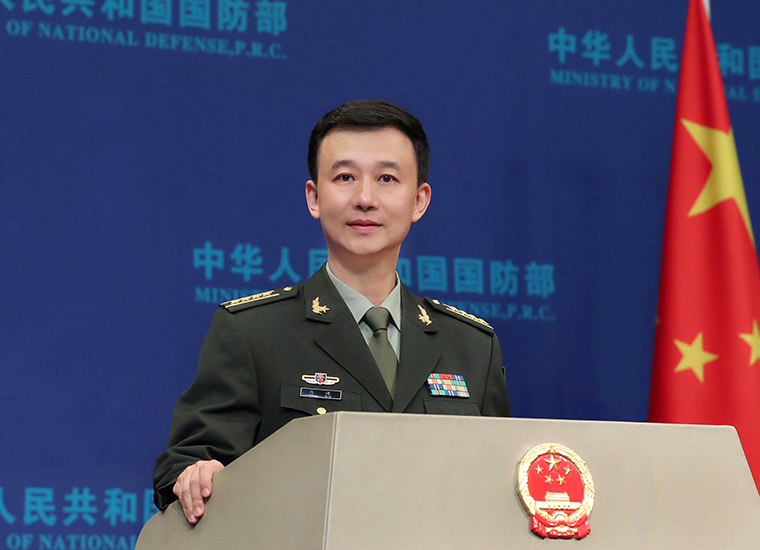 Spokesperson Wu Qian made the remarks after Japanese Defense Minister Nobuo Kishi visited the notorious Yasukuni Shrine on Friday, the first visit by a defense minister since 2016 and two days before the anniversary of Japan's surrender in World War Two.

Japan's Jiji News Agency has reported that Japanese Prime Minister Yoshihide Suga will refrain from visiting the shrine this year but make an offering as usual.
Noting that the Yasukuni Shrine honors Class-A convicted war criminals in World War Two who were directly responsible for Japan's war of aggression, Wu said China firmly opposes the wrong practices of Japanese politicians.

China has lodged solemn representations with the Japanese side, said Wu.

Trips and ritual offerings made in person or by proxy to the infamous shrine by Japanese leaders and officials have repeatedly sparked strong criticism because the visits are interpreted as a denial of history and belittling to countries brutalized by Japan during World War Two.

He called for efforts in pushing forward the development of China-Japan defense relations along the right track.

"We urge the Japanese side to abandon the Cold War mentality and follow the spirit of the four political documents between China and Japan," he said, calling on the Japanese side to meet China halfway based on mutual respect and non-interference in each other's internal affairs.