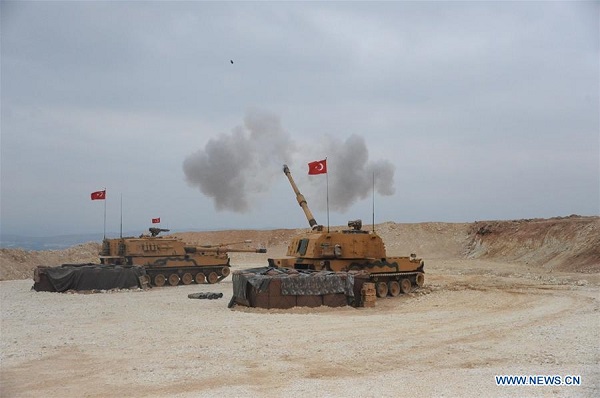 "We notice that all parties have expressed worries over the consequences that might be caused by Turkey's military action and urged Turkey to remain restricted," he told a regular news conference in Beijing.

"We are now seeing a rising momentum for a political settlement of the Syria issue," Geng said, urging related parties of the international community to make joint efforts in creating good conditions for promoting the political settlement and avoid adding new complicated factors to the current situation in Syria.

Turkish President Recep Tayyip Erdogan said on Wednesday that his country has launched a military operation in northern Syria against the Kurdish forces that Ankara deems as terrorists and separatists.