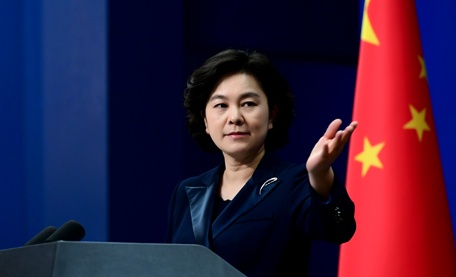 BEIJING, Aug. 11 (Xinhua) -- China urges the Lithuanian side to earnestly honor its commitment to the one-China principle, and create conditions for the sound and steady development of China-Lithuania relations, Foreign Ministry Spokesperson Hua Chunying said Wednesday.

In response to Lithuania and the European Union's comments on China's decision, Hua said the definition of the one-China principle is not to be distorted, adding that the Chinese people will never allow the act of flagrantly engaging in official interactions with the Taiwan authorities and even endorsing those seeking "Taiwan independence" while paying lip service to the one-China principle.

It must be pointed out that, ever since the two countries established diplomatic relations, China has never done anything detrimental to Lithuania's national interests. On the contrary, China has always respected Lithuania's sovereignty, independence and territorial integrity, Hua noted.

But Lithuania's decision to allow the Taiwan authorities to open a "representative office" under the name of "Taiwan" has seriously infringed upon China's sovereignty and territorial integrity, and severely contravenes the one-China principle, the spokesperson said. "To this, China has the right to and should make legitimate and reasonable responses."

"Once again, we urge the Lithuanian side not to misjudge China's firm resolve and strong will to defend our national sovereignty and territorial integrity, earnestly honor its commitment to the one-China principle, and create conditions for the sound and steady development of China-Lithuania relations," Hua said.