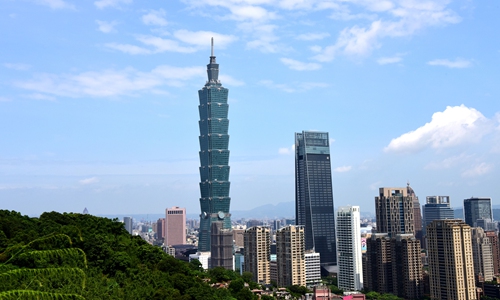 China urged New Zealand to strictly abide by the one-China principle, and immediately stop wrong commentary and misdeeds on Taiwan island-related issues, so as not to damage China-New Zealand relations, according to the Chinese Foreign Ministry on Monday.

Handling of Taiwan region's participation in World Health Organization (WHO）activities must follow the one-China principle, which is the clear and consistent position of China regarding the matter, Zhao said.

The Chinese Central Government has made proper arrangements for the region's participation in global health affairs, to ensure that Taiwan is able to respond to a public health event whether it's on the island or globally, in a timely and effective fashion, Zhao said.

"Taiwan authorities" are seeking separatism using the pandemic, which is a purely political maneuver, Zhao said, commenting on Taiwan's recent hype-up of its participation in WHO activities and re-joining the WHA.

Zhao stressed that the one-China principle is the political cornerstone of China-New Zealand relations, and a basic guarantee for the rapid development of bilateral relations since the establishment of diplomatic relations between the two countries.

Peters is also reported to have attained "promises" from Chinese high-level officials that New Zealand would not be met with obstacles.

Zhao said that he had no clue how Peters came up with such an illusion.

No one should have any illusions on matters related to China's core interests. It is hoped that the involved personnel from New Zealand stop spreading rumors and creating chaos, and do things beneficial to mutual trust and cooperation between the two countries, rather than the other way around.