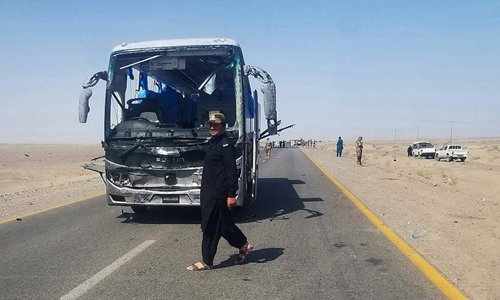 The Chinese Consulate General in Karachi said on Saturday that it has asked Pakistani government agencies to conduct a thorough investigation into a blast that injured three Chinese nationals working in the Southwestern province of Balochistan.

It further asked the Pakistani government to severely punish those responsible for the attack and take further steps to ensure the safety of Chinese organizations and citizens in Pakistan.

"The Chinese side has always attached great importance to the safety of Chinese companies and citizens in Pakistan and strongly condemns this attack," the Chinese Consulate General in Karachi said, adding that it has been in close contact with the Pakistani side.

An official at the Chinese Consulate General in Karachi told the Global Times that one Chinese national sustained minor injuries, while another two received "slightly minor injuries" to their faces, arms and other parts of the body, in the blast near a bus carrying workers for a copper and gold mining project on Saturday.

According to the Chinese official, the Chinese nationals are employees of the Saindak Copper-Gold project, which is being developed by Chinese company China Metallurgical Group. Two Pakistani nationals who at the mining project were also injured in the attack.

A Pakistani official told the Global Times on Saturday that an investigation is still under way and the Chinese engineers are safe now.

"All Chinese engineers [are] safe," the official said, adding that the attack took place near the bus and was not targeting the vehicle that carries workers for the mining project and that there were a "mix" of Chinese and Pakistani officials on the bus.