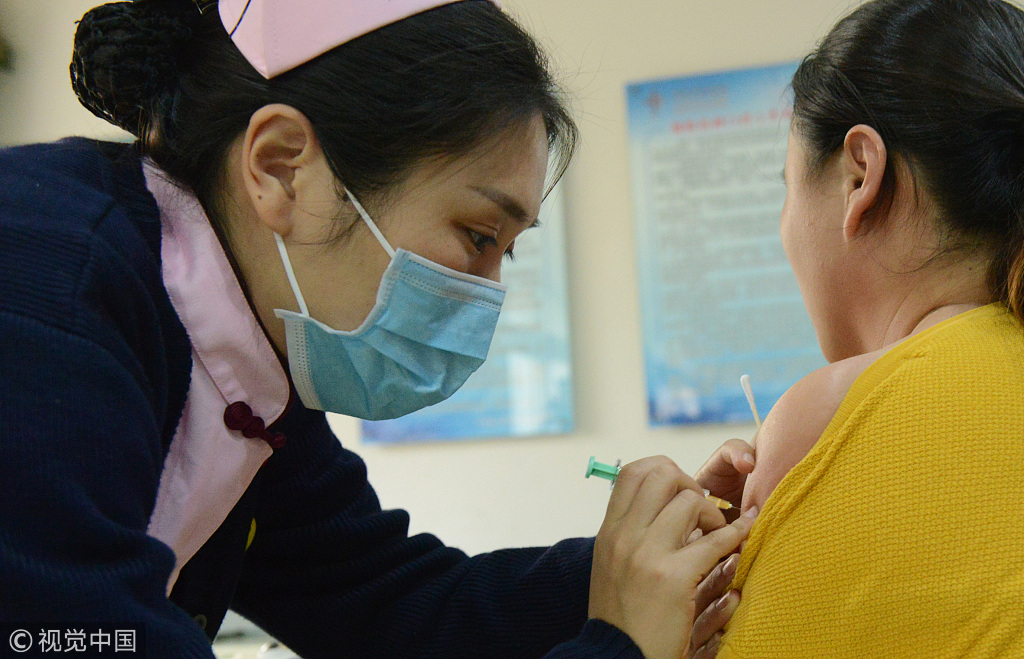 A woman is inoculated with a cervical cancer vaccine in Zhengzhou, Henan province on Nov 14, 2017. (Photo: VCG)

BEIJING, April 19 (Xinhua) -- China's health authorities have urged the public to raise awareness of cancer signals their bodies send out in order to have the dangerous disease diagnosed and treated at an early stage.

Those who find themselves with abnormal lumps, continuous indigestion, and anorexia should go to the hospital in time, warned the National Health Commission (NHC) during the country's 25th National Anti-Cancer Week between April 15 and 21.

The NHC also listed several other dangerous signals of cancer, such as black moles rapidly becoming darker or bigger, ulcers that are hard to heel, and abnormalities with human excrement.

It is known that unhealthy lifestyles, such as smoking and drinking, an unbalanced diet, and psychological pressure, increase the risk of cancer.