The US government will formally propose that Canada extradite Huawei executive Meng Wanzhou. A Chinese official said that the Chinese government has urged the Canadian side to effectively protect her legitimate rights and interests on Tuesday. 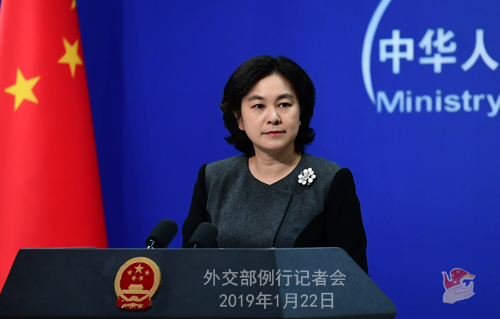 “We also strongly urge the US to immediately correct the mistakes, withdraw the arrest warrant against Meng, and not make a formal extradition request to the Canadian side,” Chinese Foreign Ministry spokesperson Hua Chunying told a routine daily news briefing in Beijing.

The Chinese government has repeatedly expressed our solemn position on the incident. Anyone with normal judgment can see that Meng’s case is not an ordinary judicial one. The Canadian side has arbitrarily abused the extradition treaty between Canada and the United States, which constitutes a serious violation of the safety and legitimate rights and interests of Chinese citizens, Hua added.

The United States will soon make a formal request for the extradition of Huawei's chief financial officer, according to the Canadian government, marking the next step in a case that has set off a geopolitical storm. CNN reported on Tuesday.