China urges the US to interpret China's law fully and objectively

The US has a mistaken and one-sided interpretation of China's law, Ministry of Foreign Affairs spokesperson Geng Shuang said Friday at a routine press briefing. 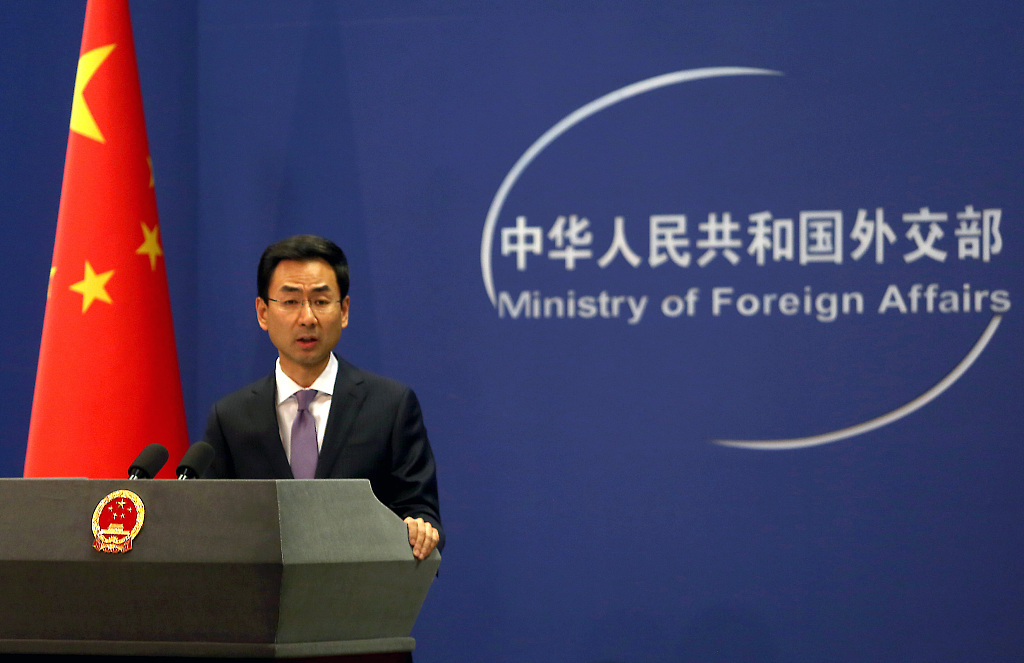 "The National Intelligence Law of the People's Republic of China not only stipulates the obligations of organizations and citizens to support, assist and cooperate with national intelligence work according to law, but also stipulates that state intelligence work should be carried out in conformity with law, respect and protect human rights, and safeguard the rights and interests of individuals and organizations," Geng said.

"Other Chinese laws also provide for the protection of the legitimate rights and interests of citizens and organizations, including data security and privacy rights. These regulations apply to national intelligence work as well. The US should fully and objectively understand this, and should not take it out of context with one-sided and wrong interpretations," Geng stressed.

He also pinpointed it is an international practice to maintain national security in the form of legislation, and it is an international practice to require organizations and individuals to cooperate with national intelligence work. The "Five Eyes Alliance" countries (the US, the UK, Canada, Australia, and New Zealand) and other Western countries like France and Germany also have similar regulations.

The Chinese government has consistently required Chinese companies to strictly abide by local laws and regulations when conducting business in foreign countries. This position will never change. China has also consistently adhered to the basic principles of international laws of mutual respect for sovereignty, equality and mutual benefit. Based on these principles, China has always explicitly opposed other countries bypassing normal channels of cooperation, unilaterally applying their domestic laws, and forcing enterprises and individuals to provide them with data, information and intelligence from China. Similarly, China does not and will not require companies or individuals to collect or provide data, information and intelligence in foreign territory for the Chinese government by violating local or other laws.

"The US and some of its allies have double standards on this issue, leading public opinion astray. The essence is to weave an excuse for suppressing the legitimate development rights and interests of Chinese enterprises, and to intervene in economic behavior by political means. It is hypocritical, immoral and unfair bullying," he said.