CHINA China urges the US to withdraw sanctions on Chinese military

China urges the US to withdraw sanctions on Chinese military

China has urged the United States to withdraw sanctions on a Chinese military organization for buying Russian weapons or "bear the consequences." 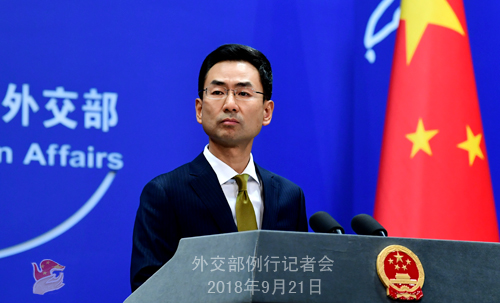 Reports from the US say that the Trump administration has imposed sanctions on the Chinese military for allegedly violating US sanctions on Russia.

Geng said the US move was unreasonable.

The US practices, he said, have seriously violated the basic norms of international relations and damaged China-US relations as well as relations between the militaries of the two countries.

"We strongly urge the US to immediately correct the mistakes and revoke the so-called sanctions," the spokesman added.

The US said China's armed forces are in breach of a US law, which punishes Moscow for meddling in the 2016 US presidential election.