China's Foreign Ministry on Thursday condemned the collusion of US lawmakers and Hong Kong separatists.

Speaker of the US House of Representatives Nancy Pelosi welcomed "Hong Kong independence" activist Joshua Wong to the US Capitol, and showed her support to the anti-government protesters in Hong Kong on Wednesday. 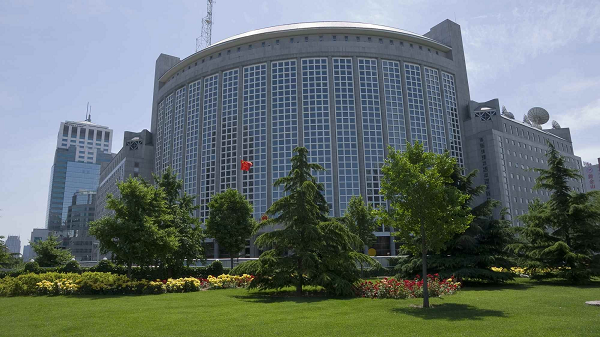 China has repeatedly made it clear on many occasions its solemn position on the wrong words and deeds of the US intervention in Hong Kong affairs.

"US politicians including Pelosi are still sticking to a wrong course. They blatantly held a press conference, threatening to promote Hong Kong-related legislation and made contact with the 'Hong Kong independence' separatists. They made irresponsible remarks on Hong Kong affairs and grossly interfered in China's internal affairs. China deplores and firmly opposes that," said Geng Shuang, the spokesperson of China's Foreign Ministry.

Geng reiterated that Hong Kong affairs are purely China's internal affairs and no foreign interference shall be allowed.

"We strongly urge the US to abide by international law and basic norms governing international relations, earnestly respect China's sovereignty, immediately stop interfering in Hong Kong affairs in whatever form, stop pushing relevant Hong Kong acts in Congress, stop standing for the violent radical forces in Hong Kong and 'Hong Kong independence' separatists, and stop abetting with words and deeds that damage the prosperity and stability of the Hong Kong SAR," Geng said.

Pelosi has repeatedly voiced her support for violence in Hong Kong. In June, she called the demonstrations in Hong Kong "a beautiful sight to behold," when radical protesters were assaulting police officers with bricks, home-made spears, and petrol bombs.

In August, Pelosi made statements to support the protesters, in which she hailed rioters as "courageous" and claimed that Hong Kong police use "aggression and abuse," calling for the passing of a so-called Hong Kong Human Rights and Democracy Act by the US Congress.

(Compiled by Zhang Jian; with input from Xinhua)