CHINA China urges US, South Korea not to interfere in Taiwan issue

China urges US, South Korea not to interfere in Taiwan issue 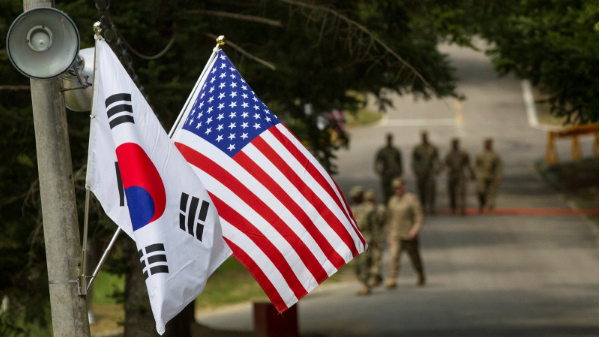 China's Ministry of Foreign Affairs on Monday warned the U.S. and South Korea not to interfere in China's Taiwan issue, after leaders of the two countries agreed last week to work together to seek peace and stability across the Taiwan Straits.

"China is concerned about the relevant content of the U.S.-South Korea joint statement, and we believe that the development of U.S.-South Korea relations should be conducive to promoting regional peace and stability and development and prosperity, and should not harm the interests of third parties, including China," Zhao Lijian, a spokesperson for the ministry, told a regular news briefing in Beijing.

"We urge the countries concerned to be careful in their words on the Taiwan issue, and not to play with fire."

Zhao said countries enjoy freedom of navigation and overflight in the South China Sea in accordance with international laws, adding that "there is no problem at all," and the countries concerned know this well.