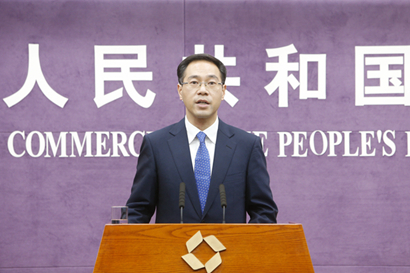 The US conclusion on anti-dumping of aluminum foil from China was "a serious distortion" of real situation, the Ministry of Commerce (MOC) said on October 31.

The MOC made the statement in response to the US decision on China's status as a non-market economy country and launching anti-dumping investigation against aluminum foil imports from China under the "analogue country methodology."

The US ignored China's achievements in building a market economy and the conclusion was a serious distortion of the real situation, the MOC said in an online statement.

Since reform and opening up, China has established and been improving the socialist market economy, which has been widely recognized by the international community, said the MOC.

China urged the US to fulfill international obligations and take action to correct the wrong practice, while China will take measures to protect legal rights of Chinese companies, according to the MOC.

According to WTO requirements, anti-dumping investigations against imports from China under the "analogue country methodology" ceased on December 11, 2016. The method calculates the value of products from so-called "non-market economies" using costs of production in a third country. The concept of "non-market economy country" does not exist in WTO rules.