China urges US to cancel sanctions 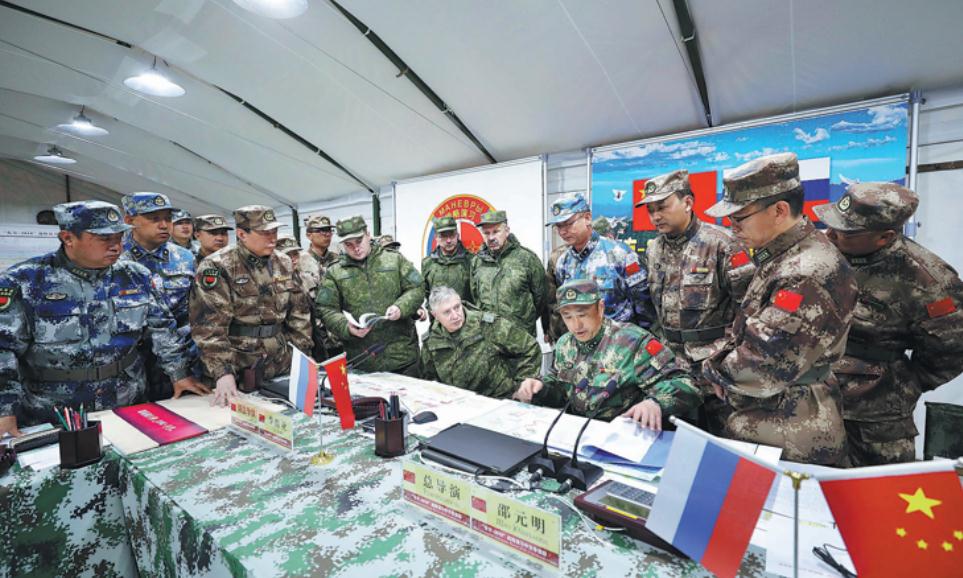 Chinese and Russian commanders discuss strategies during the five-day "Vostok-2018"military drill, which began on Tuesday in Russia. (Photo: Xinhua)

Washington called on to immediately 'correct mistake' that targets military

Beijing urged Washington on Friday to correct its mistake and withdraw sanctions on the Chinese military immediately or face the consequences.

The US State Department said on Thursday that it would immediately impose sanctions on the equipment development department of the Chinese military and its director, Li Shangfu, for engaging in "significant transactions" with Rosoboronexport, Russia's main arms exporter, according to Reuters.

The United States said China's armed forces had violated the Countering America's Adversaries Through Sanctions Act, a US law imposing sanctions in part to punish Moscow for activities including what the US State Department called Russia's "interference" in US elections.

Such moves severely violate the basic rules of international law and seriously damage relations between the two countries and their armies, he said.

"We strongly urge the US to correct its mistake immediately and cancel the so-called sanctions, or it has to bear the consequence," he added.

Moscow warned that the US was "playing with fire", and the measures aimed at Russia and China undermined global stability, according to Agence France-Presse.

Geng noted that China and Russia have maintained normal exchanges and cooperation in various areas, including defense cooperation, in accordance with the principles of equality, mutual trust and mutual benefits.

Relevant cooperation aims at safeguarding legitimate interests of the two countries and regional peace and stability, he said, adding that this is not against international laws and does not target any third party.

China will work with Russia to continue moving their strategic coordination to a higher level, he said.

Li Haidong, a US studies researcher at China Foreign Affairs University, said that "using the sanctions on Russia as an excuse to punish China is a long-arm jurisdiction practice that infringes on China's right to purchase weapons independently as a sovereign state".

Meanwhile, the US Defense Department issued its first cybersecurity strategic report on Tuesday, saying that China and Russia pose a long-term strategic risk to the US.

China has called upon the US to work with China, Russia and other countries to address threats to cybersecurity through dialogue and cooperation, Geng said.