China urges US to invite WHO experts for origin-tracing study

China Tuesday urged the United States to invite World Health Organization (WHO) experts to conduct a COVID-19 origin tracing study in the US.

Ministry of Foreign Affairs spokesperson Wang Wenbin made the remarks responding to reports that the first COVID-19 deaths in the US dated back to January 2020, weeks earlier than previously officially reported. 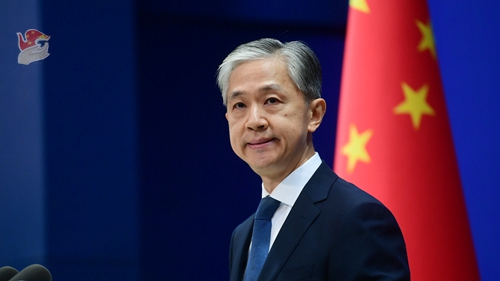 "I've noticed relevant reports," Wang said. "The timeline of early cases in the US has been constantly dialed forward."

Michael Melham, the mayor of Belleville, New Jersey, said he was sick with the virus in November 2019 and the test results also showed that he had antibodies to the virus, Wang said.

"These cases in the US show that the COVID-19 presents the characteristics of multiple origins in multiple places, which requires great attention and serious investigation," Wang said.

The ministry spokesperson cited cases of an alleged "e-cigarette lung disease" in Wisconsin in July 2019 which affected other US states. Some of the patients exhibited similar symptoms with COVID-19.

The number of patients with respiratory symptoms and diseases surged in the US between December 2019 and February 2020, according to research by UCLA and the University of Washington, Wang said. This suggested an early existing community-level infection chain.

The Palm Beach Post and Miami Herald both disclosed that the Florida Department of Health website published data on 171 patients with coronavirus symptoms or positive test results in January and February 2020, Wang said. That data was inexplicably deleted, according to Wang.

Wang pointed out that in a study published in the journal Clinical Infectious Diseases in November 2020, researchers from the US Centers for Disease Control and Prevention tested blood samples from routine blood donations from December 13, 2019 to January 17, 2020 and found antibodies to the virus in 106 of 7,389 blood donors.

"And then guess what? This project on origins study was halted by senior US officials, and a great number of blood samples were sealed," he said. "China has invited WHO experts to China twice to conduct origin tracing research and experts from China and WHO have also obtained the authoritative joint study report on the origin tracing."

China urges the US to stop playing the blame game and smearing China, he said.

The US should "release and review early case data as soon as possible and invite WHO experts to conduct origins study in the US as soon as possible to give the international community and the American people an explanation based on science and justice," Wang said.