China urges US to shoulder due responsibility on Palestine-Israel conflict 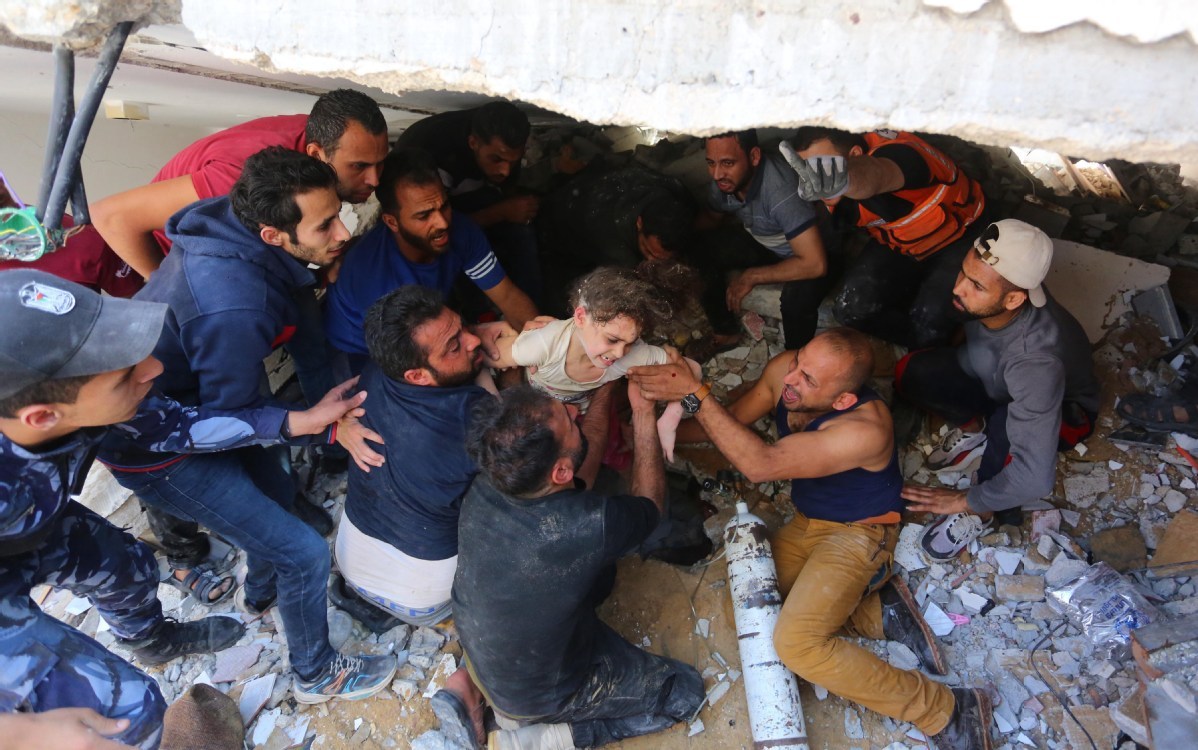 A wounded child is plucked from debris as search and rescue efforts continued in a building destroyed by Israeli airstrikes on Gaza's al-Rimal neighborhood on Sunday. [Photo/Agencies]

BEIJING -- China on Tuesday urged the United States to shoulder its due responsibility on the Palestine-Israel conflict and support the UN Security Council (UNSC) to play its due role in promoting the easing of the situation, rebuilding trust and political settlement.

The United States on Sunday blocked attempts for the third time at the UNSC to pass a joint resolution condemning the violent escalation of the Palestine-Israel conflict, and US media reported on Monday that the Biden administration greenlighted the sale of $735 million worth of precision-guided weapons to Israel.

Foreign Ministry spokesperson Zhao Lijian told a daily news briefing that during an emergency open meeting on Sunday, the majority of UNSC members called for an immediate ceasefire and preventing a full-blown crisis; all required protecting civilians and avoiding more casualties; all sticked to a political settlement and called on Palestine and Israel to resume peace talks on the basis of the "two-state solution" at an early date; all believed that the Security Council should speak in a unanimous voice, advance the peace talks process in a just manner and work for the peaceful coexistence of Palestine and Israel.

"However, instead of actively preventing the Palestinian-Israeli conflict, the United States is prepared to add fuel to the fire," Zhao said, adding that the United States has fallen into unprecedented isolation in the UNSC and stands completely on the opposite side of human conscience and morality.

"The United States only cares about its own interests; maybe it is just using human rights as a cover. The Security Council has been unable to take action on the Palestine-Israel conflict because of the US opposition. Is this what the United States calls rules-based international order?" Zhao added.

"In the face of the increasing loss of innocent civilian lives as a result of the conflict, the United States should shoulder its due responsibility, take a just position and join the majority of the international community in supporting the Security Council in playing its due role in easing the situation, rebuilding trust and achieving a political settlement," Zhao said.