CHINA China urges US to stay committed to cooperation, not confrontation

China urges US to stay committed to cooperation, not confrontation 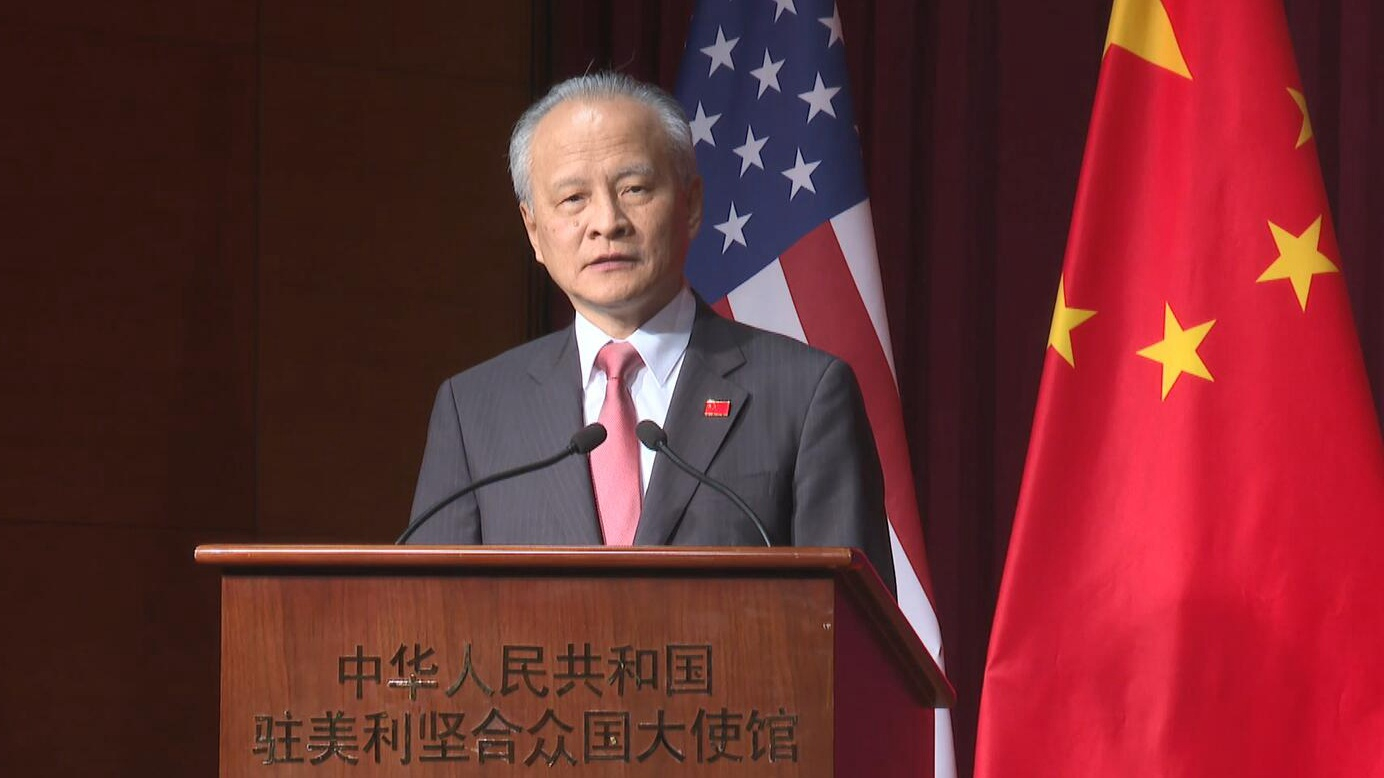 Chinese Ambassador to the US Cui Tiankai. (Photo: CGTN)

Chinese Ambassador to the US Cui Tiankai stressed Wednesday that the two countries should stay committed to foster the type of relationship rooted in mutual respect and cooperation, rather than confrontation and conflict.

China will never seek its own development at the expense of interests of other countries and the country's development will present great opportunities to the world, Cui said. He made the remarks while addressing the Chinese New Year Reception in Washington, DC.

This year marks the 40th anniversary of the establishment of China-US diplomatic relations, the ambassador said, adding that over the past four decades, the bilateral ties have generally moved forward steadily amidst ups and downs.

He called for more efforts to jointly promote a healthy, steady China-US relationship instead of confrontation and conflict.