CHINA China urges US to stop executive order on Huawei

China urges US to stop executive order on Huawei 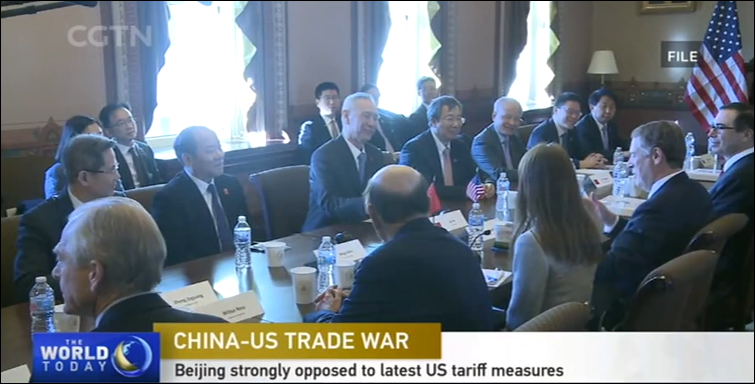 China urges the US to stop the mistake of carrying out the executive order barring US companies from using telecommunications equipment made by Chinese company Huawei and its 70 subsidiaries, Chinese Ministry of Commerce spokesperson Gao Feng said in a media conference.

"The executive order is an abuse of national security and unilateral trade sanctions," Gao said, adding that the US should respect market economy rules and build a transparent and unbiased commercial environment for foreign companies.

China has always asked Chinese enterprises to follow the laws of the countries where they are based and will take necessary measures to protect Chinese companies' rightful interests.

MOFCOM's response came after US President Donald Trump signed an executive order declaring a national emergency and barring US companies from using telecommunications equipment made by firms posing an "unacceptable risk to the national security."

Earlier, Huawei also responded that restricting Huawei from doing business in the U.S. will not make the U.S. more secure or stronger.

The MOFCOM also responds to the U.S. new threat of imposing 25 percent additional tariffs on Chinese goods with a value of 300 billion U.S. dollars on Thursday.

"In the 11th round of talks, the two sides had candid and constructive communication. It's a shame that the U.S. has re-ignited the trade friction unilaterally, which is a setback for the negotiations," Gao said.

Gao also said that China will take actions when necessary.

"China is strongly against America's actions of bullying and imposing extreme pressure. Adding tariffs will not do any good for resolving the trade dispute. But if the U.S. insists, China will have to respond. China is never afraid of any pressure."

According to several reports, American officials may visit China to negotiate soon, but Gao said Beijing is not aware of any such plan.