China urged the United States to stop taking the “China card” as an excuse to increase its military spending and expansion, Chinese Foreign Ministry spokesperson Wang Wenbin said on Thursday.

Wang made the remarks at a press briefing in response to the directive issued by US Defense Secretary Lloyd Austin Wednesday, which aims to "better address the security challenges posed by China." 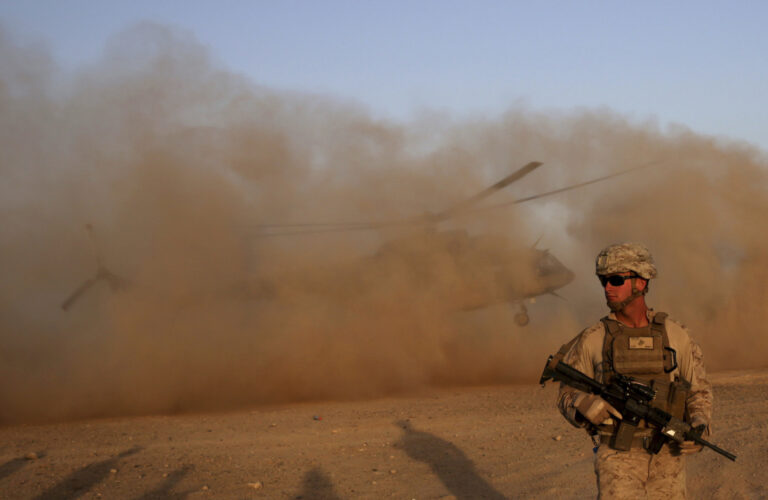 In this Aug. 27, 2017 file photo, a US Marine takes part during a training session for Afghan army commandos in Shorab military camp in Helmand province, Afghanistan. (File photo: AP)

The so-called “efforts to address the challenge from China” conceal the evil intention of the US to seek unlimited hegemony and absolute security, as well as contain China, Wang noted.

“Some US officials cling to the Cold War mentality and zero-sum game mindset. Whenever it comes to the building of US defense, they are bound to take the ‘China threat’ as an excuse,” he said.

Wang pointed out that the US is the largest military spender in the world, and for many years in a row, the US spent as much on its military as the next nine countries combined, about four times as much as China.

“The US has more than 800 military bases around the world. Throughout its history, the Americans enjoyed as few as 16 years without war.”

“It is clear who is a threat and who is a challenge,” Wang noted.

Wang urged the US to view China's development in an objective and rational way and play a constructive role for peace and stability in the Asia-Pacific region.