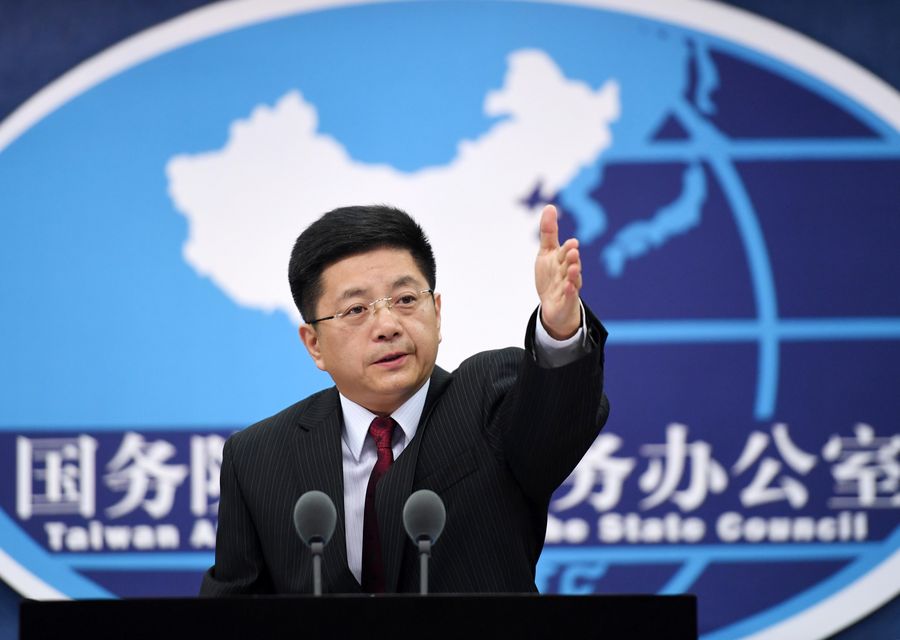 File photo of Ma Xiaoguang, spokesperson for the Taiwan Affairs Office of the State Council, gesturing at a regular press conference in Beijing (File photo: Xinhua)

Ma Xiaoguang, a spokesperson for the Taiwan Affairs Office of the State Council, made the remarks in response to a query about the U.S. recently claiming that the country needs to strengthen regional deterrence in the Taiwan Strait.

Ma said that the Taiwan question is China's internal affair that brooks no foreign interference.

The United States' attempts to maintain so-called "deterrence in the Taiwan Strait" will only bring more threats to the peace and stability across the Strait and inflict more harm to the interests and welfare of people across the Strait, said Ma.

"We deplore the U.S. playing the 'Taiwan card,'" said the spokesperson, adding that China urges the United States to abide by the one-China principle and relevant stipulations of the three China-U.S. joint communiques, prudently and properly handle Taiwan-related issues, and stop sending wrong signals to "Taiwan independence" forces.

The spokesperson said that it is the common responsibility of the Chinese people, including Taiwan compatriots, to safeguard national sovereignty and territorial integrity.

He warned that if the "Taiwan independence" forces dare to provoke, "we have the right to take all necessary measures to stop them."