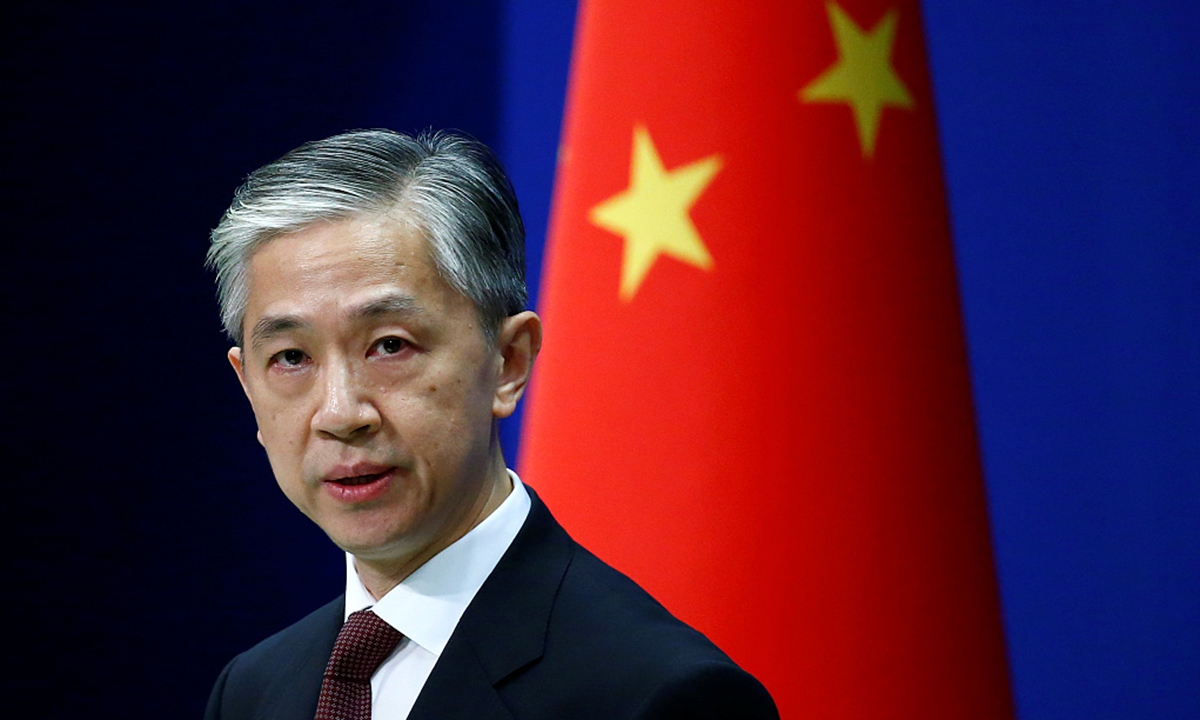 The US, the UK and Australia have drawn lines based on ideology and created a new military bloc with their nuclear submarine cooperation, increasing the risk of military conflict and geopolitical tension, showing a typical "Cold War" mentality, Chinese Foreign Ministry spokesperson Wang Wenbin said at a press briefing on Monday, when commenting on a new agenda meeting held by the International Atomic Energy Agency (IAEA) on November 26.

China explained its position on AUKUS at the meeting, in order to address the grave concerns of the international community, according to Wang. It reflected the member states' serious concerns over the matter, which is a step in the right direction toward the resolution of the relevant issues.

The US and the UK plan to transfer tons of nuclear weapon materials in the context of AUKUS to Australia, a non-nuclear weapon state; also, the IAEA's current safeguard arrangements are unable to carry out effective supervision, which obviously violates the purpose of the NPT (Treaty on the Non-Proliferation of Nuclear Weapons), Wang said.

The three countries' cooperation has revealed naked double standards on nuclear non-proliferation, which will lead other non-nuclear weapon states to follow suit and cause a serious negative impact on the resolution of regional nuclear hotspot issues.

Chinese representatives at the meeting proposed over 50 questions regarding political, legal and technical aspects, and pointed out the illegality and harmfulness of the trilateral cooperation, Wang said.

We look forward to positive responses from the US, the UK and Australia to these questions, Wang said, noting that the Chinese side also suggested the IAEA should set up a special committee with all member states as soon as possible, to properly seek a solution acceptable to all parties.

More than 10 countries including Russia, Egypt, Pakistan, Malaysia, Iran and Cuba, spoke in support of China's position and propositions, and many other countries expressed concern over the nuclear submarine cooperation, Wang said.

The AUKUS nuclear submarine deal intensifies regional tensions and increases the risk of an arms race, and "Russia is deeply concerned about this," said Mikhail Ulyanov, Russia's permanent representative to international organizations in Vienna, at a joint press conference after the meeting, according to Xinhua News Agency.

China also urged the three countries to report timely to the international community over the nuclear submarine cooperation as they have concealed the progress so far, according to Wang.

China urged the three countries to listen to the voice of the international community, correct their wrong decisions, fulfill their international nuclear non-proliferation obligations and contribute to the maintenance of regional peace and stability.