CHINA China-US conflict will not benefit the world: MOFA

China-US conflict will not benefit the world: MOFA 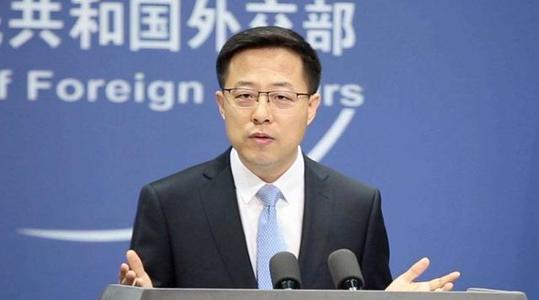 The conflict between China and the United States is not in the interests of the international community, said Zhao Lijian, a spokesperson for China's Ministry of Foreign Affairs (MOFA), on Wednesday. He was commenting on recent remarks made by UN Secretary General Antonio Guterres on China-U.S. ties.

At a TIME100 Talks discussion on global leadership, Guterres said the relationship between the two countries "has never been as dysfunctional as it is today." The UN leader cautioned that the tensions between the two super powers may divide the world into two blocs, and "that is a huge risk for the world."

Zhao slammed the slew of actions from the U.S. which he believed to have "interfered China's internal affairs, jeopardized China's interests and hurting the relationship between China and the U.S.."

In the still ongoing global fight against the coronavirus, President Trump and Secretary of State Mike Pompeo have accused China of a lack of transparency, with the president regularly referring to it as the "China virus"; in trade, the Trump administration also began increasing tariffs on imports from China – its largest trading partner – in 2018 as part of an ambitious plan to force Beijing to curb subsidies on state manufacturing and place tough demands on U.S. companies in China; in technology, U.S. Commerce Department has added Chinese tech titan Huawei to its "entity list" last year out of "national security concerns," an allegation Huawei has denied.

Last month, the Trump administration ordered China's consulate general in Houston to close – a significant escalation of tensions in already hardening relations between the two countries. In response, China called its abrupt move "a political provocation" and ordered the U.S. to shut its consulate inChengdu in 72 hours.

Zhao said behaviors as such would continue to "be slammed and protested" by people who enjoy peace.

The Chinese official hopes Washington can view Sino-U.S. relationship in an objective matter and bring the bilateral ties back on track.