CHINA China, US need to recapture spirit of cooperation from WWII: Chinese ambassador

China, US need to recapture spirit of cooperation from WWII: Chinese ambassador

WASHINGTON - China and the United States "need to recapture the spirit of cooperation from World War II, and join hands to confront our common enemies in the new era," including COVID-19, economic recession, climate change and other global challenges, said Chinese ambassador Cui Tiankai on Thursday. 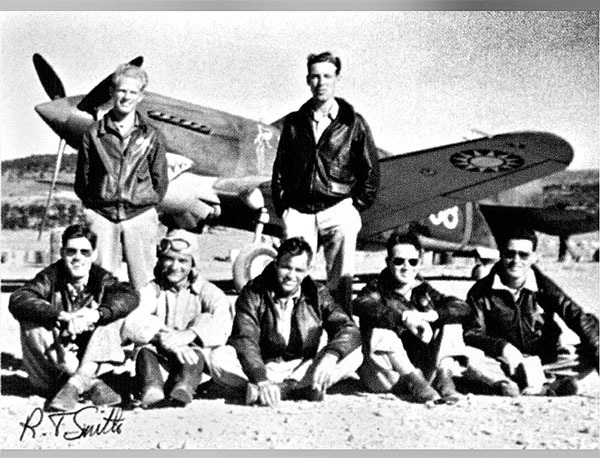 Members of the 1st American Volunteer Group, better known as the Flying Tigers, gather for a group photo at Zhijiang airport in Hunan province during World War II. [Photo/Xinhua]

The Chinese ambassador to the United States made the remarks in a short video posted Thursday on his Twitter account in commemoration of the 75th anniversary of the victory of World War II (WWII) and the World Anti-Fascist War.

During WWII, China and the United States fought shoulder to shoulder for peace and justice in the Asian theater, leaving "an indelible mark in the shared history of our two countries," Cui said, adding that since then, Flying Tigers, General Claire Chennault and General Joseph Stilwell have become household names in China.

"I have received letters from some members of the Doolittle Raid. In the letters, they recalled with deep gratitude that when they made crash landings in China after raiding Tokyo in WWII, the Chinese people put themselves in harm's way to rescue them and made huge sacrifices for it. This part of history will not be forgotten," he said.

The senior Chinese diplomat noted that as the first country to sign the United Nations Charter after WWII, China has always dedicated itself to safeguarding and contributing to the international order.

"Over the past 75 years, China, the United States and the world have all gone through tremendous changes, and the growth of our bilateral relations has made significant contribution to the wellbeing of the two peoples and to world peace, stability and prosperity," he said.

"Looking back at the history is for a right perspective of the future. Just as President Abraham Lincoln said, 'The best way to predict the future is to create it'," Cui said. "At this moment, China and the United States need to recapture the spirit of cooperation from World War II, and join hands to confront our common enemies in the new era: COVID-19, economic recession, climate change and other global challenges."

"Let's work together to realize the vision enshrined in the UN Charter: 'to save succeeding generations from the scourge of war... and to promote social progress and better standards of life in larger freedom'," the Chinese ambassador said.