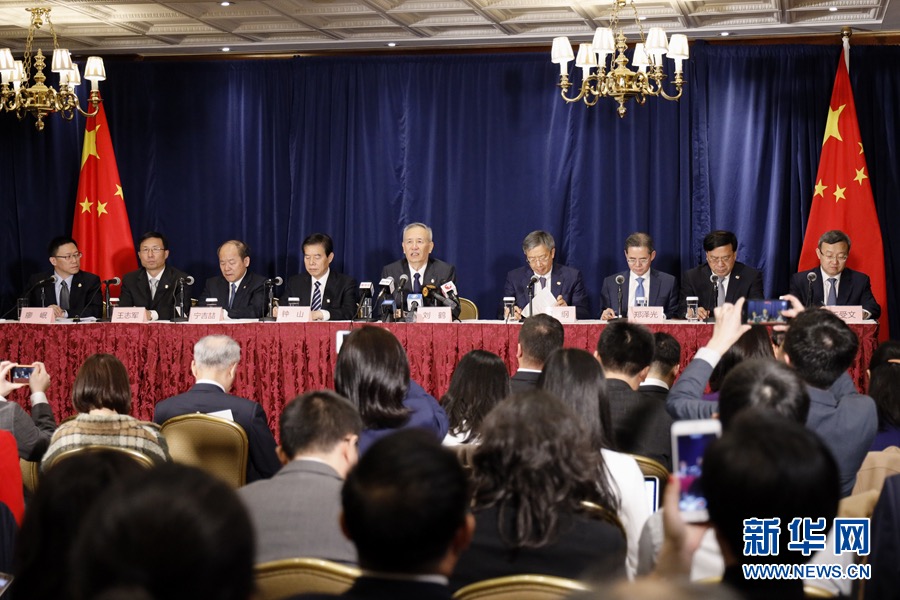 The conclusion of the deal has injected positive energy into the stability and development of the world economy, added Liu, who inked the agreement with U.S. President Donald Trump in the White House earlier in the day.

As the world's two largest economies and two major countries with great responsibilities in international affairs, China and the United States have reached the deal "with the big picture in mind," Liu said at a briefing with the Chinese press in the afternoon.