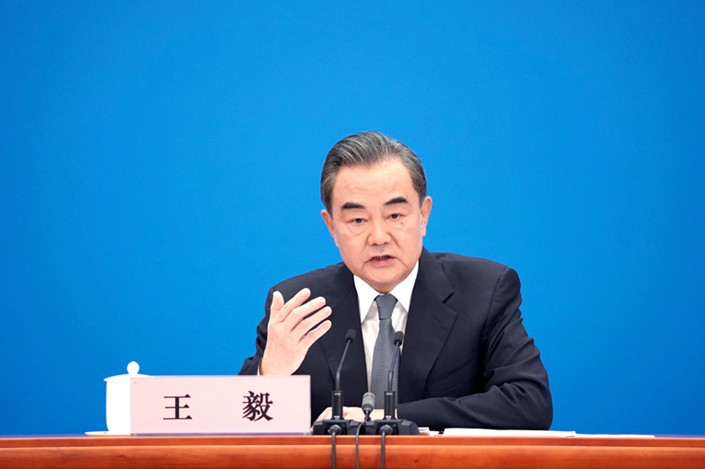 China-US relations are facing their most serious challenge since the establishment of diplomatic ties, Chinese State Councilor and Foreign Minister Wang Yi said on Thursday, noting that he hoped that the US will build a more objective understanding of China, and a more rational policy toward the country.

Due to ideological bias, some Americans are sparing no effort to view China as an adversary or even an enemy, trying every means to contain China's development and obstruct China-US relations, Wang said on a China-US think tank media forum.

China has never had any intention of challenging or replacing the US, or confront it comprehensively, Wang said. He said that China maintains a high degree of stability and continuity in its policy toward the US, and stands ready to work with it on non-conflict, non-confrontation, mutual respect and win-win cooperation to build a China-US relationship based on coordination, cooperation and stability.

Some people say that China-US relations cannot go back to what they used to be, but this does not mean that we can start anew regardless of history, nor can we force decoupling regardless of reality. Instead, we should build on the past and advance with the times, Wang said.

The claim that the success of China's path will threaten the West is neither true nor do we agree with it. We do not copy the foreign model, do not export the Chinese model and do not ask other countries to copy what China does, Wang said.

He said China will not and cannot become another US.

Wang said that instead of seeking to transform each other, China and the US should jointly explore ways for their different systems and civilizations to peacefully coexist.

Wang proposed that China and the US form three lists: the first is the cooperation list, which should identify areas where China and the US need and can work together, adding that this list cannot be distracted by other issues. The second is a dialogue list, which should contain issues that are expected to be solved through dialogue despite differences and then incorporate them into the existing dialogue mechanism and platform.

The third is a control list, which will contain a few issues on which it is difficult to reach consensus. We need to manage them well to minimize the impact and damage to bilateral relations, Wang said.