The consensuses reached during economic and trade consultations between China and the United States meet the interests of the people of the two countries and whole world, Chinese Vice Premier Liu He said on Monday. 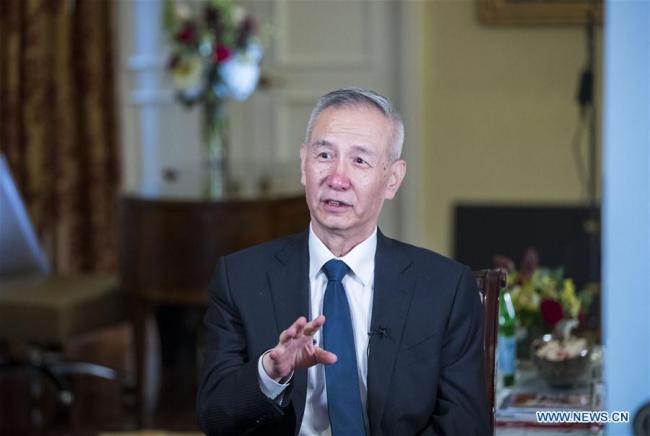 Chinese President Xi Jinping's special envoy and Vice Premier Liu He, also a member of the Political Bureau of the Communist Party of China Central Committee and chief of the Chinese side of the China-U.S. comprehensive economic dialogue, receives an interview in Washington, the United States, on May 19, 2018. (Photo: Xinhua)

Liu, just returned from the United states, referred to the talks as "positive, pragmatic, and productive" with some important consensuses reached.

The vice premier made the remarks while meeting some attendees at the fourth China-U.S. governors' forum.

Liu expressed hope that the two sides would take the forum as an opportunity to further advance all-round pragmatic cooperation at the local level and promote stable and sound development of bilateral ties.

Bill Walker, governor of Alaska and John Sanchez, lieutenant governor of New Mexico, were among attendees at the forum. They told Liu that the whole world is celebrating for the consensuses reached between China and the United States on economic and trade issues.

They pledged to further strengthen cooperation with China in such areas as trade, investment, green development and people-to-people exchanges at the local level, so as to make positive contribution to bilateral ties.

"If the governments of the two countries reach a good agreement and results that are acceptable to both, they should stick to the agreement. Of course, we do not want to see any reversal," said Lu.

Based on the experiences of the past four decades, the fundamental reason why both nations have been able to manage disputes has been that the relationship is in the best interest of both countries and their people, he added.

"We hope that the China-U.S. trade and economic relations, which are mutually beneficial and win-win in nature, will play a more effective role," said the spokesperson.