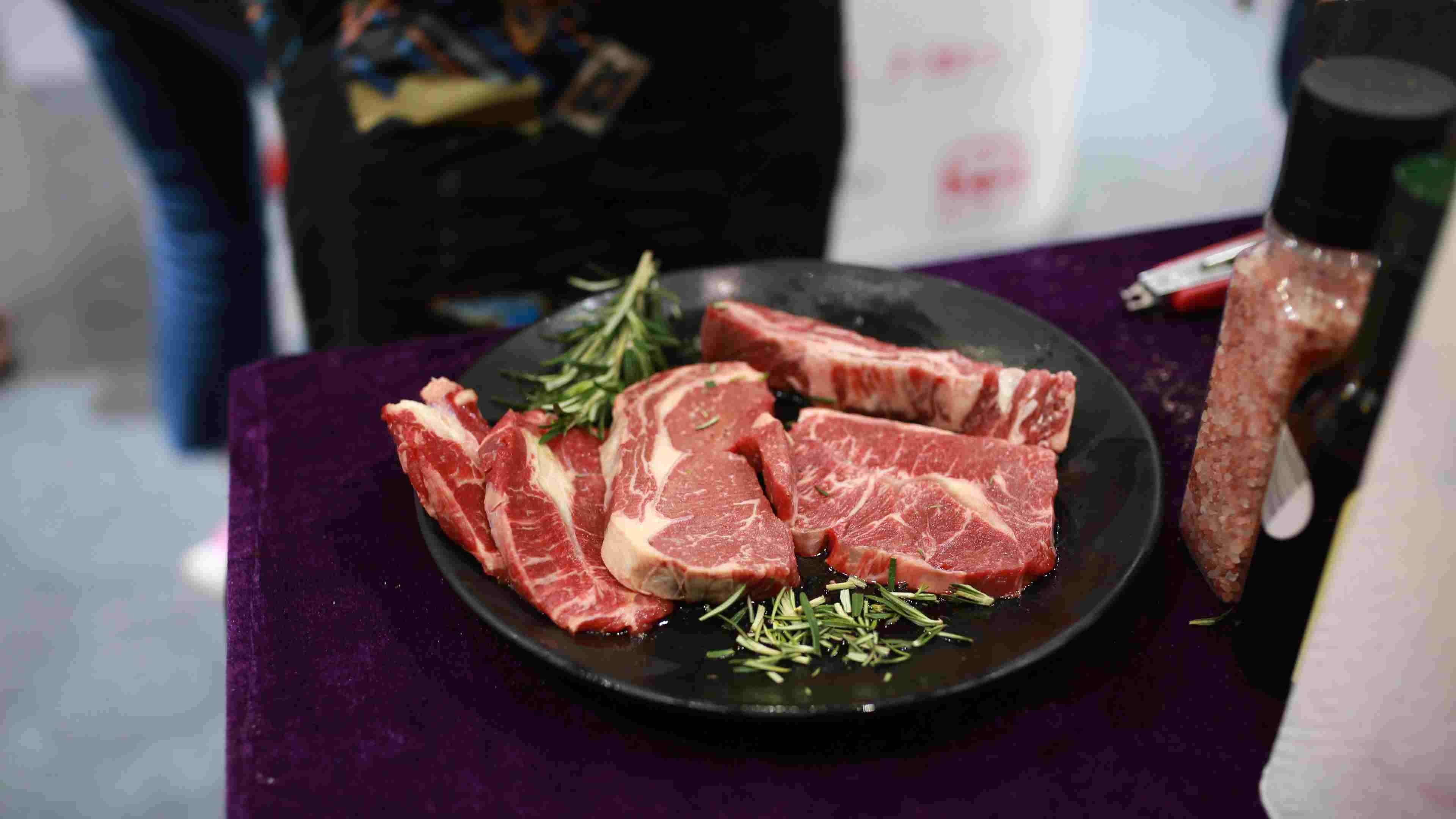 500 foreign exhibitors from over 20 countries and regions have descended on the 2018 Hospitality World, one of the most professional food and beverage exhibitions in Southern China. Some there say the ongoing China-US trade friction has brought them big opportunities.

Since China imposed tariffs on American goods worth 50 billion US dollars, industry insiders say beef and pork products have borne all of the brunt, especially in Guangdong province.

President of Guangdong Imported Food Association Qi Yilong says "most US meat products enter China through Guangdong. Importing costs have gone up for many local importers, whereas for snacks and fruits, tariff impacts are quite limited."

Qi says this is because fruits and snacks are not necessities, and most of them are imported from Southeast Asia and Europe.

In 2017, around 14 percent of Guangdong's imported frozen pork meat came from the U.S. And in terms of pork parts, percentages were as high as 66 percent.

General Manager of Guangdong Foodstuffs Import and Export Group Du Xu says beef products can easily find replacements from Australia, Argentina and Belerus, and with the 25 percent tariff on pork, American meat does not have a price advantage anymore.

"Sourcing from other countries like France and the Netherlands is an option, but prices would be higher," says Du.

Experts say price is a big factor when it comes to trade. Despite the long-distance logistics, cheaper meat products from another part of the western world are now a viable option for Guangdong importers.

For instance, one importer Guangdong BNH Import and Export has shifted its focus towards countries like Uruguay. Its sales director Wayne Song says "now we are importing beef from Uruguay because it has a reliable traceability system, plus its beef is one third cheaper than American beef."

Wayne says Uruguay beef mostly exports to Europe, and now it could very soon be served on the Chinese table.

The local imported food association says it's been sending delegations to South American countries to negotiate specifics, like freight cost and pricing. President Qi says as soon as six months from now, they will be able to lock deals with alternative partners.

Meanwhile, exporters from those countries are also looking to tap into the Chinese market. For instance, Joanna Skoczek, Consul of Polish Consulate General in Guangzhou is excited about her hometown apples: "Two years ago, we started to export Polish apples to China, and I hope the export will only be growing because polish apples are the best, they were very well received by Chinese consumers."

Consul of Chile in Guangzhou, Carlos Javier Marin, also expressed strong interest in the Chinese market: "Most Chilean producers are oriented to China. Besides cherries, we have apples, grapes, plums and we are already starting with walnuts, and maybe next year we will wait for the Chinese market to open for our lemons."

While the Chinese market is perhaps the most attractive one for foreign food producers, many of them hope for simpler registration procedures on the Chinese side for faster, easier access. Some exporters complain about the lengthy registration, certification and custom procedures.

"So for example you need to fulfill procedures that have already been fulfilled before. They should be simplified and encourage exporters to come to this market." Says Joanna.

That said, when supply meets demand, plenty of deals will be made between China and these exporting countries. They all agree on one consensus: trade without barriers would benefit everybody.