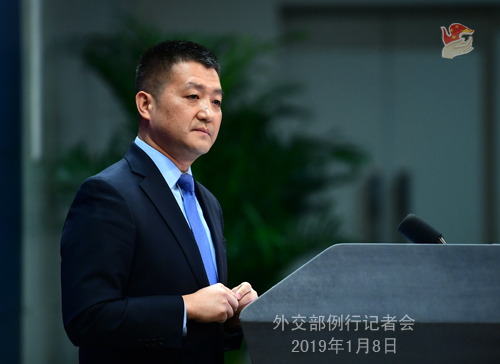 The talks were scheduled to be held in Beijing from Monday to Tuesday, but were prolonged to Wednesday.

"The prolonged talks show the commitment both sides have put into the trade talks. If good results come out of the trade talks between the two countries, they will not only benefit both China and the US, but also be good news for the world economy," Lu Kang said.

On January 4, the two sides, in a vice minister-level telephone call, agreed to implement the consensus reached in Argentina in December, and start positive and constructive talks.