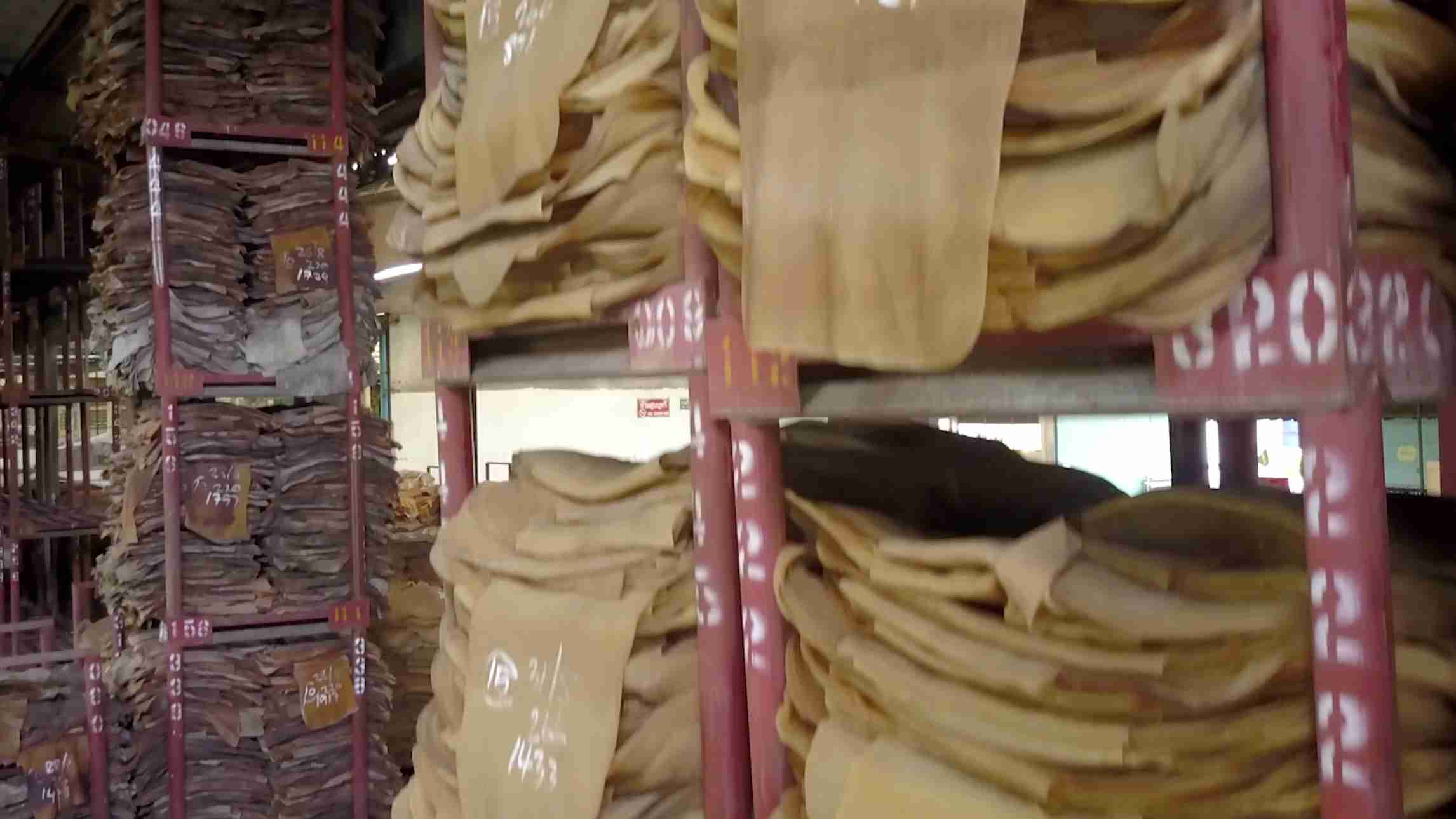 Thailand produces about 4.6 million tonnes of rubber per year and the sudden drop in Chinese demand has compounded a longer-term global oversupply crisis to push prices off a cliff. (Photo: CGTN)

Thailand's economy grew at the slowest pace since 2014 in the first quarter of 2019 as weaker global demand and trade tensions weighed on exports.

An escalation of the China-US trade war is likely to slash growth in Thai exports to less than half that of 2018.

Thailand's National Economic and Social Development Council (NESDC) has adjusted down its GDP forecast from four percent to a range between 3.3 and 3.8 percent, citing the impact on Thai exports from the escalating China-US trade war as the key factor.

Ballooning piles of raw rubber sheets filling the rubber factory warehouses are a testament to the country's tough times. It was once known as "white gold" and made Thailand the world's top rubber producer. Now, the natural rubber market in Thailand is seeing a reversal in fortunes as it finds itself at a crossroads of the bitter dispute between the world's two biggest economies, which is sending ricochets across Southeast Asia with unexpected consequences.

More than half of Thailand's rubber sheet exports go to China to be manufactured into products ranging from car tires to rubber gloves. The drop in demand from China, due to tariffs on its rubber products, has resulted in a 10.4-percent year-on-year decrease of Thai rubber, coupled with a collapse in prices.

The state of Thailand's natural rubber industry looks grim. Korakod Kittipol, assistant executive vice president of Thai Hua Rubber, said rubber prices have declined by more than 70 percent. "The maximum is around 7,000 US dollars per tonne, nowadays it's only 1,800 US dollars per tonne. If China has a problem, any problem in China, it will affect the Thai country."

This downward trend is not only limited to the rubber industry. Sales of computer parts fell by 10.6 percent, auto parts by four percent and machinery parts by 12.3 percent. Once ranked as one of the fastest growing countries in Southeast Asia, Thailand's trade-dependent economy is being dragged down by the spillovers from the trade war.

"The trade war has an impact on Thai Exports, particularly (exports) to China. We have already seen a decline in exports year-on-year since the second half of last year," said Kirida Bhaopichitr, research director at the Thailand Development Research Institute (TDRI). "When these two major markets have been affected by the trade war, they are demanding a slower or even contracting demand from Thailand as well."

In 2019, Thailand's exports have to brave a flurry of challenging factors such as the ongoing China-US trade war, exchange rate volatility and trade policy uncertainty.

But there may be a silver lining. Thailand may also be able to capitalize on shifting supply chains as production and manufacturing bases relocate to Southeast Asia.