China’s No. 1 Central Document, the first policy statement released by the country’s central authorities each year, has called for greater efforts to increase farmers’ incomes through multiple channels. 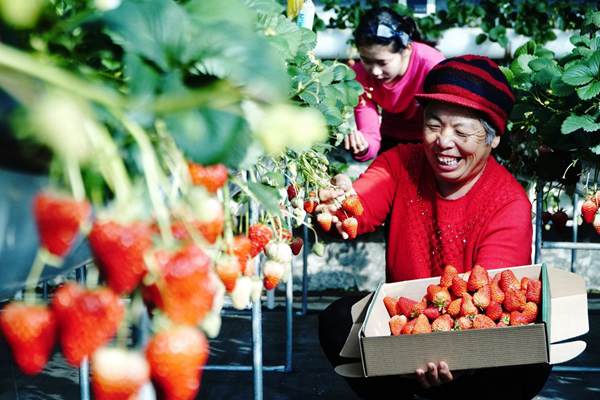 The document called for more efforts to achieve this objective as the country strives to complete the building of a moderately prosperous society in all respects this year.

The document also called for industries capable of increasing rural people’s income to be developed.

In doing so, China will continue to optimize agricultural restructuring, promote the branding of agricultural products, and increase the supply of quality green products, said Chinese Minister of Agriculture and Rural Affairs Han Changfu.

The document called for integrated industrial development in rural areas driven by an entire industry chain based on local resources and advantages.

The document also called for greater e-commerce penetration in rural areas, as e-commerce has promoted the sector’s development, given rural residents job security and increased their incomes.

China needs to accelerate the construction of a digital countryside to help farmers sell agricultural products through e-commerce platforms, as marketable products are vital to agricultural development, said Ye Xingqing, head of the rural economy research department of the Development Research Center of the State Council.

Zhang Zhu, a resident of Xiawan village of Donghai county in east China’s Jiangsu province, is optimistic about the prospects for e-commerce in rural areas. Zhang has opened several stores on different e-commerce platforms to sell succulent plants, and often uses live-streaming videos to sell the products from his greenhouse.

“My annual income is over 5 million yuan, and I sell succulent plants to dozens of countries and regions including South Korea and Japan,” Zhang said, adding that he plans to open more online stores.

In addition, China will increase subsidies for rural migrant workers receiving vocational skills training, and take measures to ensure that they can get their wages on time and in full.