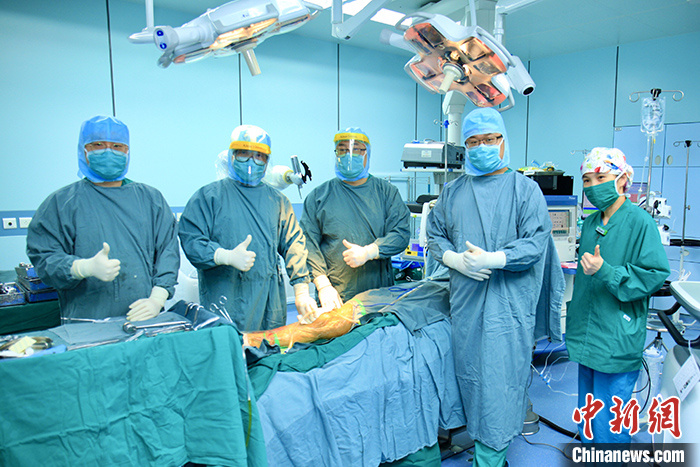 China has witnessed the first total knee replacement (TKR) procedure finished by a surgical robot at the Peking Union Medical College Hospital, the research team of the procedure said Thursday.

It is a proprietary surgical robot independently developed by Chinese scientists, it added.

The TKR procedure has been proved to be effective in treating critical and advanced knee diseases, but requires highly skillful surgeons, according to the team, adding that the accuracy and safety of the procedure will be ensured thanks to the robot.

As of 2017, more than 70,000 surgical procedures had been finished by robots in China since the first successful case in 1997.