China, Uzbekistan vow to work together for global public health

China thanks Uzbekistan for sending medical equipment to assist its efforts against the novel coronavirus, said Yang Jiechi in a meeting with Uzbek President Shavkat Mirziyoyev in Tashkent, Uzbekistan on Monday. Yang added that a positive trend was emerging in China by virtue of its epidemic prevention and control work. 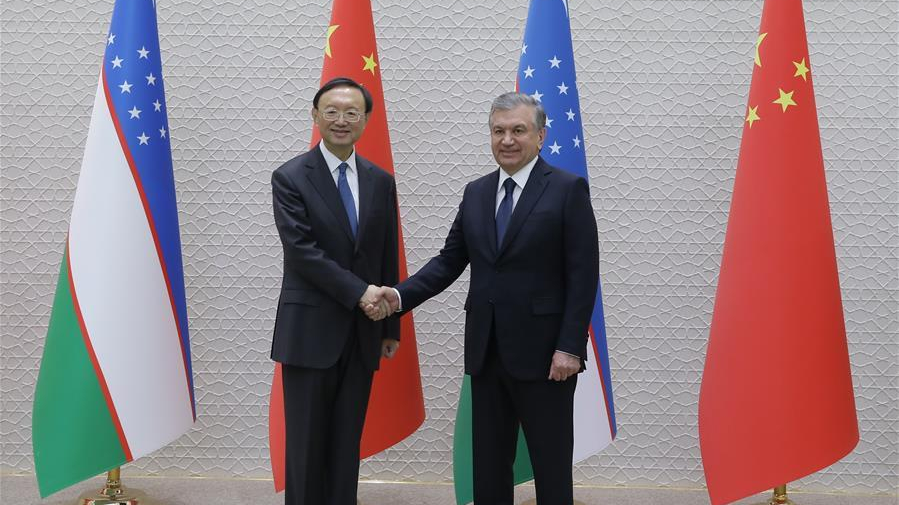 Yang is a member of the Political Bureau of the Communist Party of China (CPC) Central Committee and director of the Office of the Foreign Affairs Commission of the CPC Central Committee. He told Mirziyoyev that the Chinese people are confident and capable of conquering the disease, and will continue to actively conduct bilateral and multilateral cooperation in the fight against the spread of the virus, and make new contributions to maintaining regional and global public health security.

Mirziyoyev voiced support for China's anti-virus fight, adding that the Chinese people will definitely succeed in completely conquering the disease.

Uzbekistan cherishes its friendship with China and thanks China for supporting its reforms and development.

Uzbekistan will firmly adhere to the one-China policy, oppose external forces interfering in China's internal affairs, further strengthen the link between Uzbekistan's development strategy and the BRI, continue to deepen cooperation with China in various fields, and promote the bilateral relationship to a new level, he added.