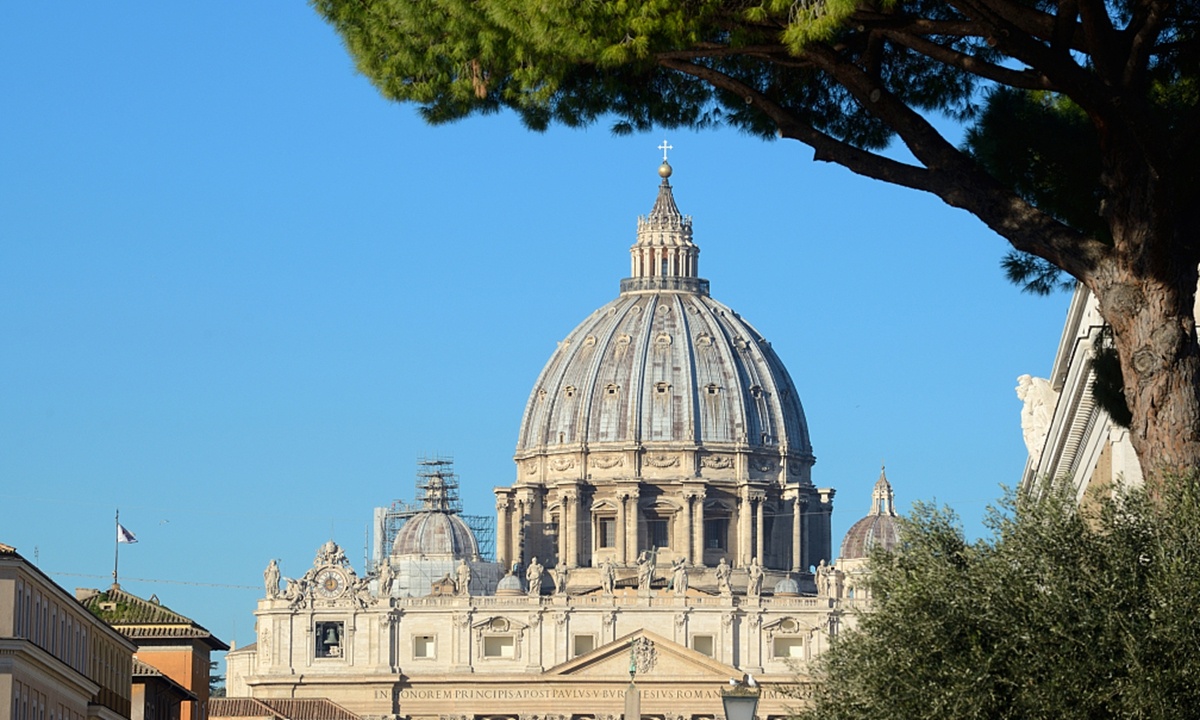 China and the Vatican decided to extend a provisional agreement on the appointment of bishops by another two years, the Chinese Foreign Ministry announced Thursday, marking a big step toward what insiders said are greater and deeper future ties between the two sides.

The news was announced by Zhao Lijian, spokesperson of China's Ministry of Foreign Affairs.

Zhao said that after friendly negotiations between Beijing and the Holy See, both sides decided to extend the provisional bishops agreement by another two years. Both sides will keep close communication and negotiations to continuously push forward the process of improving ties.

"The Chinese and Vatican parties have dialogued and certainly the provisional agreement is and remains the strong basis for continuing the dialogue," Antonio Spadaro, an Italian Jesuit priest and editor-in-chief of La Civiltà Cattolica, a Rome-based periodical, told the Global Times.

He noted that "the agreement is of a pastoral nature and intends to ensure that the Gospel is preached easily on Chinese soil and that the right attitude grows, indicating to Chinese Catholics the main path for the correct and fruitful relationship between the Church and the country: to be fully Catholic and to be fully Chinese."

China and the Vatican signed the provisional agreement on the appointment of bishops in Beijing on September 22, 2018.

Renewing the agreements is beneficial for both China and the Vatican. For the Chinese side, it could help boost China's international image as an open country, and smooth the relationship between the state and churches, Wang Meixiu, a retired expert specializing in Catholic studies at the Chinese Academy of Social Sciences in Beijing, told the Global Times.

The deal renewal means a lot to the bilateral relationship, which is evolving toward greater mutual understanding, so that the Church in China can be put in a position to proclaim the Gospel and live a community life in full communion with the Pope, according to Spadaro. 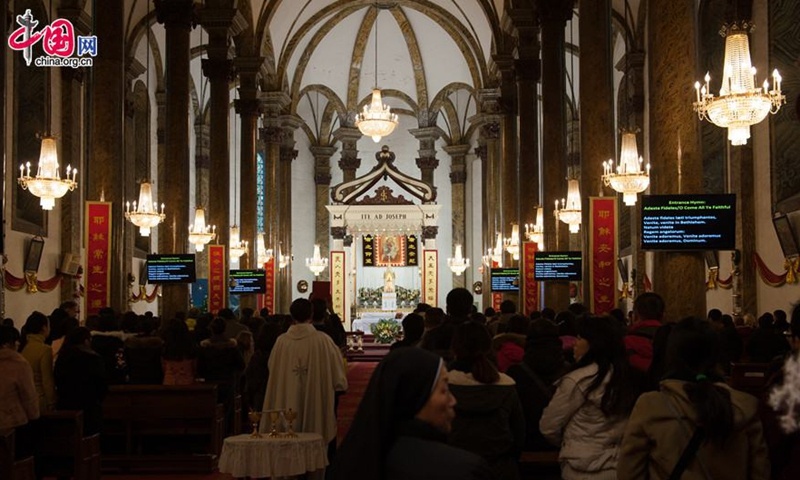 St. Joseph's Church (also known as Wangfujing Church, Dongtang, or the East Cathedral) in Beijing holds an English-language mass on the Christmas Day's afternoon, Dec. 25, 2013 to accommodate the neccessity of foreign Christians in Beijing, the Chinese capital. (File photo:China.org.cn)

The renewal of the agreement would send the Chinese Catholic Church a clear signal that the church is seeking healthy development in China, Zhan Silu, vice chairman of the Bishops' Conference of the Catholic Church in China and bishop of the diocese of Mindong, East China's Fujian Province, told the Global Times.

"Those (from underground churches) who have not registered at the government should be encouraged to do more to rationalize the church in China and take the step bravely," he said, adding that hopefully the renewal could influence those who are still hesitating.

How to implement the agreement will be key in the future. In China, new bishop candidates must be elected for the pope to approve and appoint, Wang said. "This could further promote Chinese Catholics' love for the country and for the church to be a good citizen, as well as boost the confidence of China and the Vatican."

The implementation of the agreement also benefits the stability of the church and the country, and ease Chinese Catholics' misgivings about the agreement. "The situation of dozens of bishop positions being vacant could be one of uncertainty in society," Wang said.

Certain news outlets, such as Italy's Corriere della Sera, point out that if the agreement is pushed through, the two parties may be able to establish formal diplomatic ties in two years' time.

"In this dynamic, the next step is to reach [an agreement on establishing] diplomatic relations," and especially a visit by Pope Francis to China and for China's leaders to visit the Pope as friends when the time is right.

But Chinese experts remain cautious, as Wang doubts that China and the Vatican can reach the step of building up diplomatic ties within two years. "The Holy See might want to, as it cares about the church, after all… but China has more concerns."