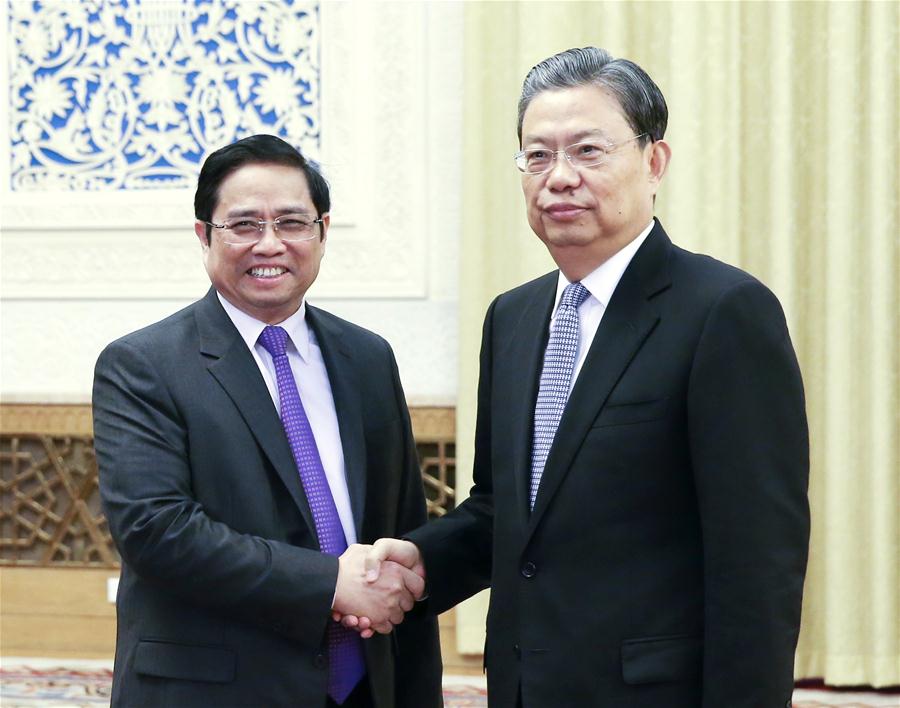 China's anti-graft chief Zhao Leji met with a delegation of the Communist Party of Vietnam (CPV) in Beijing Thursday, with both sides agreeing to push forward the healthy and stable development of bilateral ties.

Both the CPC and the CPV should strengthen their political guidance in bilateral relations, he said, calling on the two parties to enhance strategic communication, increase political mutual trust, and unswervingly promote the building of a China-Vietnam community with a shared future.

The CPC is ready to share party governing experience and the theoretical achievements of its 19th National Congress with the CPV, so as to jointly improve the quality of party building and make new contributions to the development of bilateral ties, said Zhao.

Pham Minh Chinh, head of the visiting delegation, conveyed congratulations to the CPC on the achievements of the 19th CPC National Congress.

The Vietnamese side is willing to make joint efforts with China to advance the sound, stable, and pragmatic development of relations between the two parties as well as the two countries, said Chinh, a member of the Political Bureau of CPV Central Committee and head of the Committee's Organization Commission.