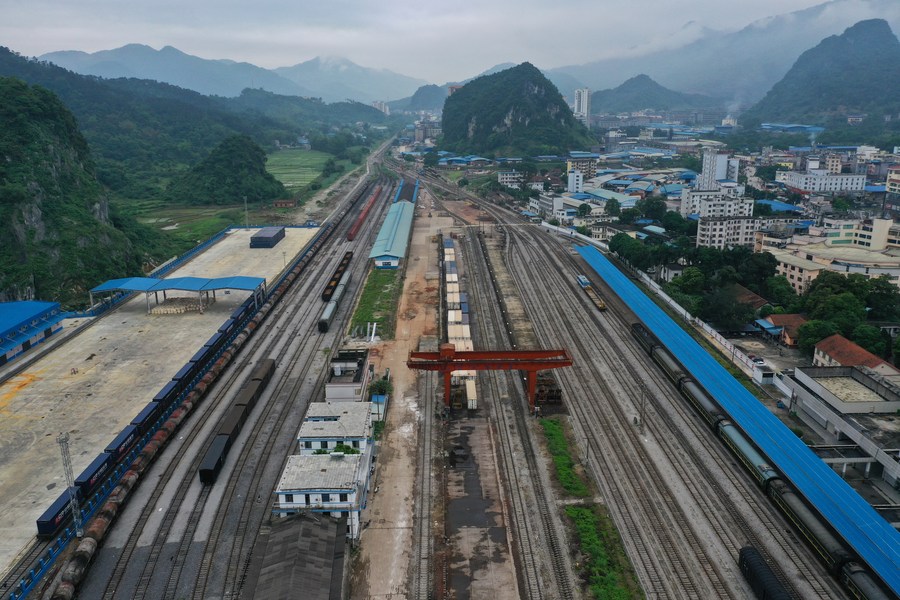 The number has surpassed that of the whole year of 2020, said the China Railway Nanning Group Co., Ltd.

A total of 6,772 twenty-foot equivalent unit (TEU) containers were transported from January to September.

Despite the COVID-19 pandemic, the demand for Chinese goods in Vietnam keeps growing. China's agricultural machinery, glass, engines, beer and traditional Chinese herbal medicine are among the most popular goods delivered to Vietnam by train, while agriculture products, such as fruits, are transported from Vietnam to China, said Zhou Qishou, deputy director of the Nanning freight transport center of the company.

China-Vietnam freight train services were launched in 2017. The number of operated train trips increased from 59 in 2018 to 166 in 2020, and it is estimated that the number will exceed 300 this year, said the company.