BEIJING, August 29 (ChinaMil) -- The joint free medical examination by Chinese and Vietnamese militaries for people in border areas of the two countries themed “serving the military and people together to create a healthy future” officially concluded on the afternoon of August 28. 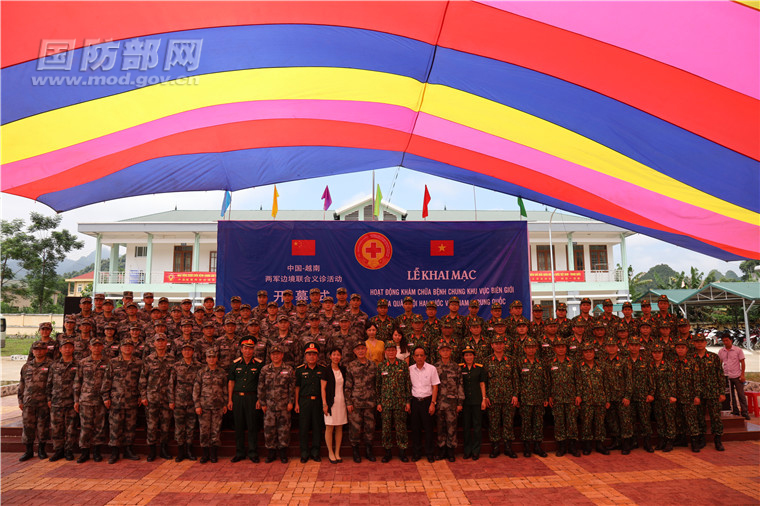 The joint free medical examination by Chinese and Vietnamese militaries for people in border areas of the two countries kicks off in Phục Hòa District, Cao Bằng Province, Vietnam on the morning of August 22, local time. (File photo: eng.chinamil.com.cn)

During the free medical examination, the Chinese and Vietnamese militaries' medical teams provided outreach treatment, physical examination and specialist treatment services to more than 4,100 people in the border areas of China and Vietnam. The two teams also jointly sent a team of experts to villages to provide family health service and drug delivery service for 18 families in need.

“Through this activity, the Vietnamese medical team has gained a lot of valuable experience from the Chinese side. We hope that under the framework of the annual Vietnam-China border defense friendship exchange programme, the friendly activities of the two militaries will be further improved and be more rich in content, thus making positive contributions to promoting the unity and cooperation between the military and people of both countries,” said Nguyen Huu My, deputy director of the Military Medical Bureau of the General Logistics Department of the Vietnam’s People's Army (VPA).