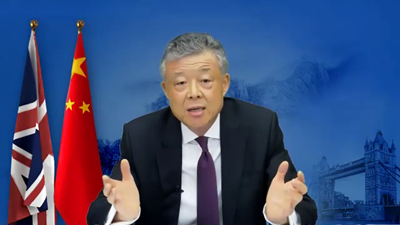 China strongly opposes the UK's wrong remarks on the National Security Law for the Hong Kong Special Administrative Region (HKSAR) and decision to interfere in China's internal affairs, a spokesperson for the Chinese Embassy in Britain said Tuesday.

The response came after the UK decided to suspend the Hong Kong extradition treaty indefinitely and place it under an arms embargo.

The spokesperson said in a statement that China urges the UK side to immediately stop interfering in Hong Kong affairs in any form, adding that the UK will bear the consequences if it insists on going down the wrong road.