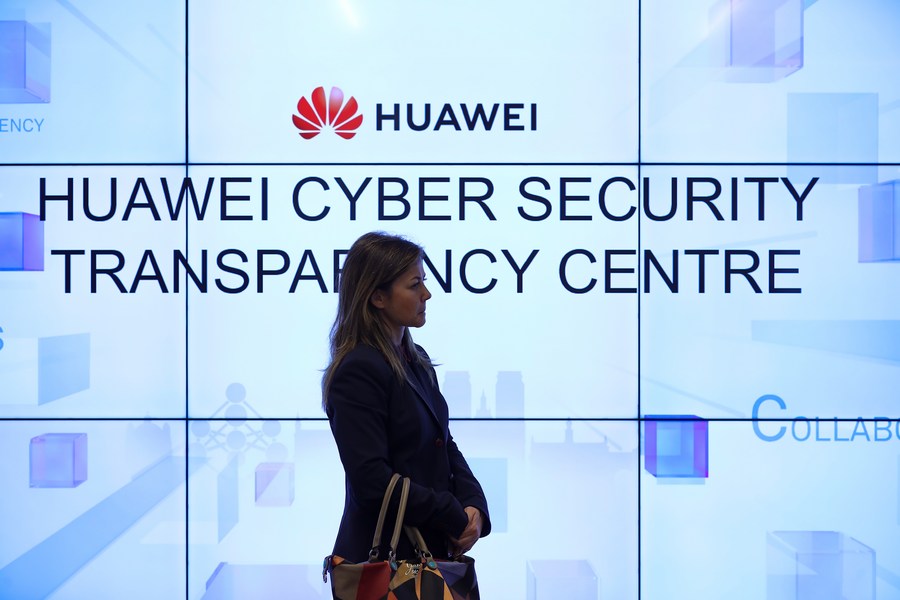 British Digital Secretary Oliver Dowden cited national security concerns when he delivered the decision to the House of Commons on Tuesday.

US President Donald Trump took credit for convincing allies including Britain to abandon Huawei as he addressed the issue at a White House press briefing on Tuesday.

“I talked many countries out of using it. If they want to do business with us, they can’t use it,” said Trump.

When asked to comment on Trump’s claims, Hua said the president’s own words prove that the ban on Huawei is about politics, instead of security risk.

Hua also accused the UK of breaching rules and principles of the market economy and free trade, which harms Chinese firms’ lawful rights, and jeopardized the foundation for trust between the two countries.

“It’s not an incident merely involving a specific company or industry. It’s an issue that the UK politicized business and technology affairs at all costs,” Hua said.

The UK’s move brought all Chinese investments in UK under greater threat and dampened China’s faith in the openness and fairness of the British market, she added.

Hua said China will launch a comprehensive evaluation of the ban, and take necessary measures to defend the legitimate rights of Chinese enterprises.

A Huawei spokesperson also expressed disappointment when the restriction was revealed, and urged the UK government to reconsider its decision because “it threatens to move Britain into the digital slow lane.”