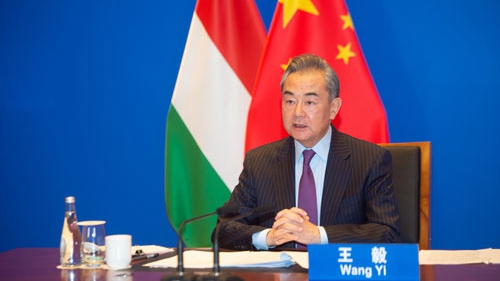 Wang made the remarks when meeting with Hungarian Minister of Foreign Affairs and Trade Peter Szijjarto via video link.

Hailing recent progress in the Hungary-Serbia railroad project, a flagship cooperation project under the China-proposed Belt and Road Initiative (BRI), Wang said China stands ready to work with Hungary to deepen high-quality Belt and Road cooperation. China supports its companies to invest and do business in Hungary, he added.

Commenting on Lithuania's recent decision to allow the Taiwan authorities to set up a "Taiwanese Representative Office in Lithuania," he condemned the move as a brazen political provocation against China. The move is a serious breach of the political commitment made by Lithuania in the communique on the establishment of diplomatic relations with the People's Republic of China and a serious breach of the one-China principle, he stressed.

China has decided to downgrade the diplomatic relations with Lithuania to the level of charge d'affaires, the Chinese Foreign Ministry said on Sunday. 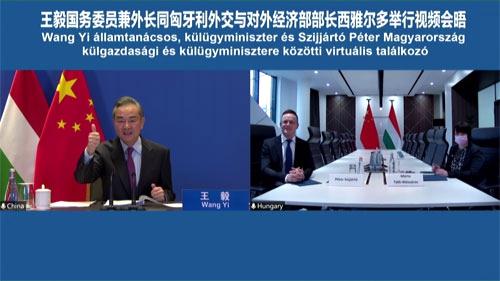 The two diplomats also exchanged views on relations between China and Europe. Wang said China and Europe are partners, not rivals, and that the areas of consensus between the two sides far exceed differences.

Szijjarto said Hungary firmly supports the development of Europe-China relations and will continue to play an active role in cooperation between Central and Eastern European countries and China.

Hungary welcomes Chinese companies to expand investment in the country, he said.