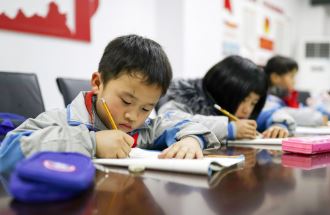 BEIJING, Aug. 20 (Xinhua) -- Chinese authorities have promised to crack down on acts that disrupt school order and law-based settlement of disputes over school accidents in a guideline released Tuesday.

Such acts include attacking people, intentionally damaging public properties, putting up banners on campus, blocking school gates, and stalking school officials, according to the guideline jointly issued by five departments including the Ministry of Education, the Supreme People's Court and the Ministry of Public Security.

The acts may be conducted by students' family members in disputes over school-related accidents, often to force schools to pay compensation.

"Acts that disrupt school order have put undue pressure on schools which might thereafter refrain from normal physical education, extra-curricular activities, and evaluation of students," said Deng Chuanhuai, director of the Department of Policies and Regulations of the Ministry of Education.

This has affected quality education and the education environment, and must be resolved with greater efforts, he added.