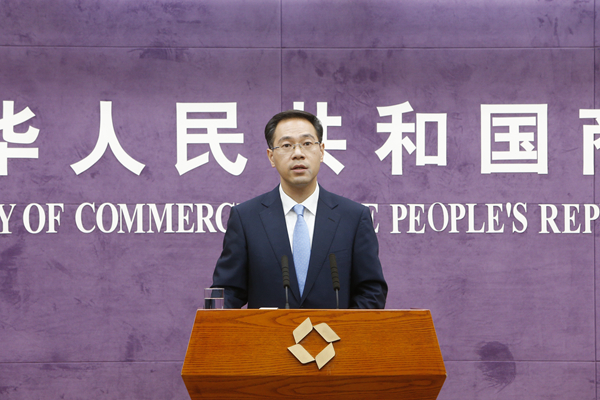 Gao Feng, spokesperson of the Ministry of Commerce.

China said Thursday it is concerned about the European Union's new anti-dumping methodology, calling on the bloc to avoid abusing trade remedies.The Council of the European Union earlier this week approved a new anti-dumping legal framework that removes the former distinction between "market and non-market economies" for calculating dumping. Instead, it requires proving the existence of a "significant market distortion" between a product's sale price and its production cost.The removal of the so-called "non-market economy list," which included China, was an effort by the EU to fulfill its international obligations as an important World Trade Organization (WTO) member, said Gao Feng, spokesperson of the Ministry of Commerce.However, the notion of "significant market distortion" makes it possible for the EU to continue the surrogate country approach, Gao told a press conference."We are worried over the possible abuse of this notion in the EU's future legal practice," he told reporters.This move lacks support from WTO rules and weakens the authority of the WTO anti-dumping legal system, he noted.The surrogate country approach allows WTO members to use costs of production in a third country to calculate the value of products from countries on the "non-market economy" list.In accordance with China's WTO accession protocol, this approach expired on December 11, 2016.Gao said China hopes the EU will strictly abide by WTO rules, fulfill its duty in a well-intentioned and comprehensive way, and avoid the abuse of trade remedies.