CHINA China vows to crack down on fake, inferior goods

China vows to crack down on fake, inferior goods 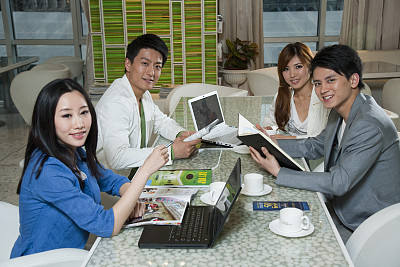 China's consumer environment has improved in recent years with the strengthening of law enforcement, better quality merchandise and people's rising awareness of how to protect their rights, said experts, adding there are still serious issues that urgently need to be resolved.

Producing and selling counterfeit, unsafe and inferior goods is forbidden in China, Premier Li Keqiang said during his Government Work Report on March 5 at the annual session of the 13th National People's Congress (NPC).

There will be no place for inferior products, and the manufacturers and sellers of these products will be punished by law, Li vowed.

Ramping up efforts to improve the quality of products and services has become a key priority of China's policymakers who are pushing forward high-quality economic development and supply-side structural reform, said Liu Junhai, a law professor at Renmin University of China.

Zhang Deqin, a deputy to the 13th NPC and deputy general manager of Kweichow Moutai, one of China's most famous and expensive liquors, suggested China should crack down on fake goods with the same effort used to fight counterfeit currency and drunk driving.

"There are many fake bottles of Moutai liquor on the market, more than ever before," said Zhang, expressing his anger at the losses his company suffers and the damage fake Moutai can do to its reputation.

SAIC launched on Thursday an updated web-based national platform to better deal with consumer complaints and consultations regarding product quality, promising consumers they will receive timely feedback, according to its website.

SAIC's updated platform will now include a digital map that will help consumers file a complaint even if they don't know the exact registered name of the offending enterprise. They can simply click on the map to indicate its location.

"China will continue to step up efforts in quality supervision and law enforcement to protect consumer rights this year," said Zhang Mao, head of the SAIC.

How to protect consumers who shop online has been hotly discussed, but preventative measures have not been entirely effective, experts noted.

According to SAIC, it received 685,700 complaints from online shoppers in 2017, up 184 percent compared with the previous year.

Guo Shaojun, a lawyer at the Beijing-based Jingsh Law Firm, told the Global Times that the legal costs to consumers to protect their rights in court can make the fight hardly worthwhile.

He says few lawyers are "willing to take such cases involving only a couple of hundred or a thousand yuan."

The key problem is inadequate supervision by large online shopping platforms over their online vendors. "The responsibilities of these platforms must be clarified and related legislation and rules should be rolled out as soon as possible," Guo said.