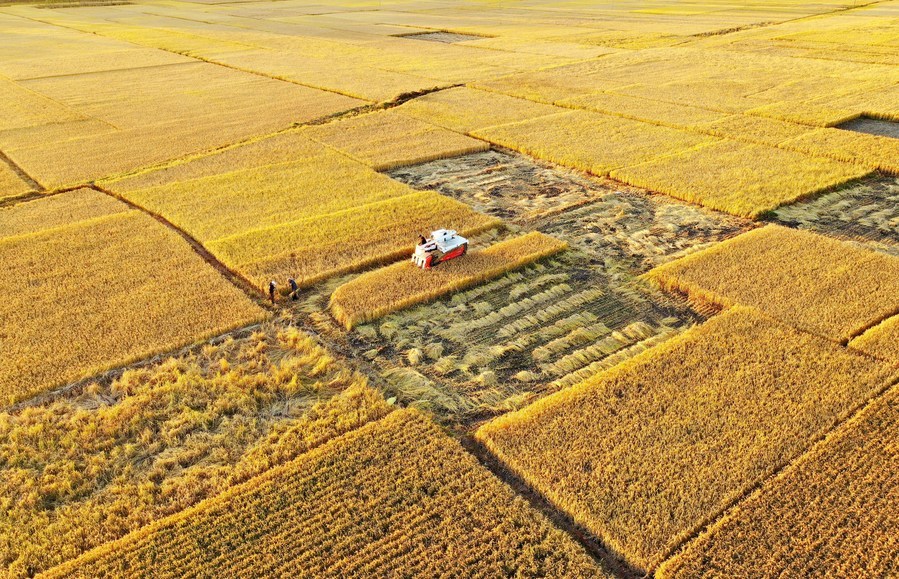 The minister's remarks came after the release of China's "No. 1 central document" on Sunday. It lists the targets and tasks concerning agriculture and rural areas for 2021 and a broader vision until 2025.

As a rural blueprint unveiled annually, this year's document urged retaining a "red line" of 1.8 billion mu (120 million hectares) of arable land and preventing the use of arable land for non-farming purposes.

The country also planned to add 100 million mu of high-standard farmland with high and stable yields this year. It would be despite droughts and floods, according to the document.

China has made massive achievements in the agricultural sector in recent years. Official data showed China had 17 consecutive years of bumper harvests in grain production, with grain output exceeding 650 billion kg for six years in a row.

The mechanization rate of farming and harvesting reached 71 percent while the amount of chemical fertilizers and pesticides applied to crops dropped for four consecutive years, Tang said.

Yet, China's grain supply and demand remained in a "tight balance," Tang noted, calling for more efforts to enhance grain production to cope with external uncertainties and rising crop demand in the long run.

The country in the next stage should not only ensure quantity but also improve the diversity and quality of agricultural products, Tang said.

He urged promoting supply-side structural reform in the agricultural sector by improving breeding, branding, and standardized agricultural production to offer a broader range of high-quality products to Chinese consumers.