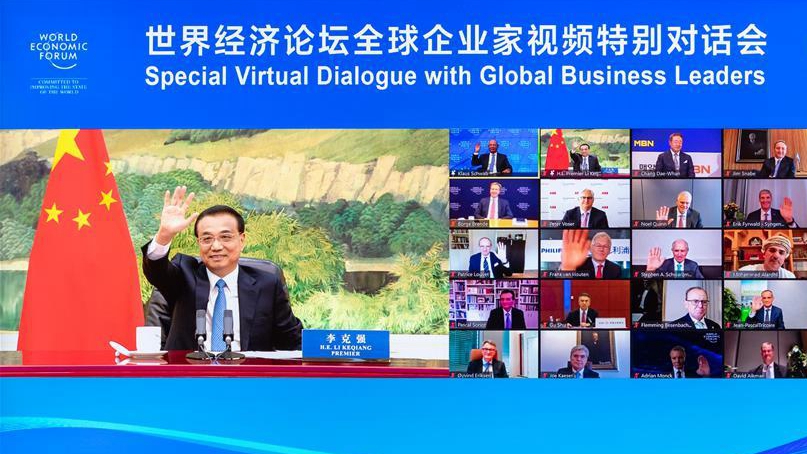 On Tuesday, Li attended the Special Virtual Dialogue with Global Business Leaders hosted by the World Economic Forum, with more than 500 business leaders attending, during which Li reiterated China's determination to opening-up and reinvigorating the world economy.

The ministry's spokesperson, Wang Wenbin, gave further details on Li's speech. According to Wang, the remarks gave confidence to the world by showing China's consistent stance on global economic and trade cooperation.

"No matter how the external environment evolves, China is ready to open wider to the world under the new economic development pattern of 'dual circulation,' of which the domestic market is the mainstay while the domestic and foreign markets work to boost each other," Wang said, citing Li.

"The Chinese economy has been deeply integrated into the global economy. China cannot develop in isolation from the rest of the world, and the world needs China for further development," said Wang.