We welcome German midfielder Mesut Ozil to see a "different" Xinjiang from what he thought, as long as he has a conscience, distinguishes right from wrong and upholds the principle of objectivity and justice, Geng Shuang, spokesperson of China's Ministry of Foreign Affairs (MFA), said on Monday at a daily press conference. 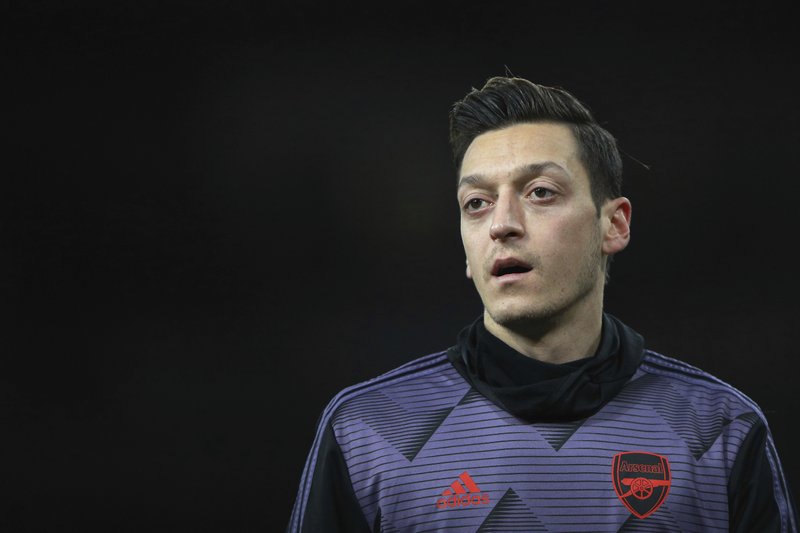 Geng made the remarks in response to Ozil's groundless post on Xinjiang, criticizing the fake reports on China's internal affairs.

"I don't know if Mr. Ozil has been to Xinjiang but he seems to have been blinded by some fake news and influenced by some false statements," Geng said.

Geng said that freedom of religion is a right protected by the Constitution and covers all Chinese citizens, including Uyghurs. Also, as a result of the government's efforts against terrorism, Xinjiang has seen zero terrorism cases in the past three years.

On Saturday, Arsenal Football Club released a statement on Chinese social media Weibo, saying that "the content published by Ozil is purely his personal opinion and as a football club, Arsenal has always stood in line with the principle of not involving itself in politics."

Chinese fans of Arsenal, however, are not buying the club's response. One comment that has 1,500 likes reads, "Is this your statement -- by distancing yourself from his fault and that's it?"