BEIJING, Jan. 10 (Xinhua) - The Chang'e-4 mission, which accomplished the first-ever soft landing on the far side of the moon, embodies China's hope to combine human wisdom in future space exploration.

Chang'e-4 is carrying four payloads developed by the Netherlands, Germany, Sweden and the Saudi Arabia. 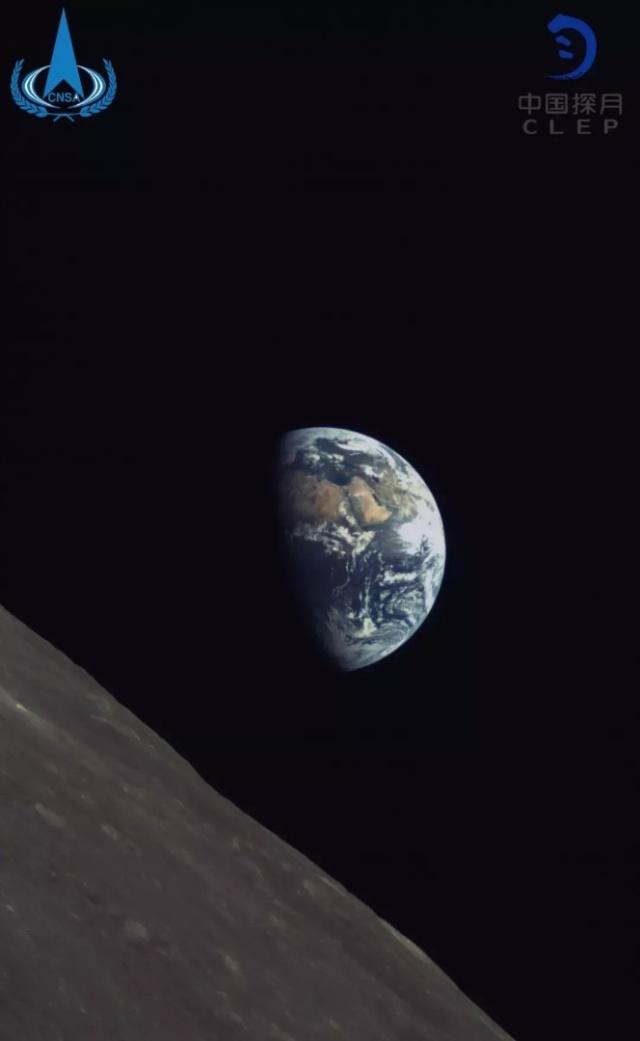 A neutron radiation detector aboard the lander, developed by Germany, and a neutral atom detector on the rover, developed by Sweden, have both switched on for test operations, said the China National Space Administration (CNSA) on Thursday.

The radioisotope heat source, a collaboration between Chinese and Russian scientists, will support the probe through the lunar night, each equivalent to about 14 days on the earth, when the temperature can fall to minus 180 degrees Celsius.

The ground station that China built in Argentina has played an important role in the monitoring and control of the mission, and ground stations run by the European Space Agency will also offer support.

The US side has offered the orbital data of LRO and the Chinese side has provided the landing timing and location, said CNSA.

China was drawing up the plan for the fourth phase of the lunar exploration program, and more payloads of future missions would be developed through international cooperation, Wu said.

"The range of cooperation will be enlarged. Maybe the whole lunar rover could be developed through international cooperation," Wu said.

"The cooperation on the four payloads in the Chang'e-4 mission was smooth. We made all efforts to create favorable conditions for our partners," said Sun Zezhou, chief designer of the Chang'e-4 probe.

"It's our common goal to improve human understanding of the moon and the universe. The collaboration will benefit all participants," Sun said.

Ping Jinsong, a researcher with the National Astronomical Observatories of China, cooperated with Dutch scientists on the low-frequency radio detector on the Queqiao relay satellite.

He said scientists from both countries overcame difficulties in language, culture, law and habits, and accumulated much experience through cooperation.

Johan Koehler, head of Solar System Science and Space Situational Awareness at the Swedish National Space Agency, said no measurement had ever been done of the far side of the moon. "It is a great achievement by China, and we are very happy to be a part of it.

He said the solar wind interacts with the lunar surface and disperses particles that form the extremely thin atmosphere-like gaseous environment of the moon surface. "This is the environment that we know very, very little about, and it's very important to extend humanity's knowledge of the solar system.

"There is a theory that water on the surface of the moon is formed by the interaction of the solar wind with the surface regolith. So this is something that the Swedish scientists together with the Chinese scientists want to answer," Koehler said.

"Right now China is the only country that has an active lunar program. It's a great opportunity. This particular instrument we have been developing since 2015, and before that we had much fruitful collaboration with China in space science."

Professor Robert Wimmer-Schweingruber, of the Institute of Experimental and Applied Physics at Kiel University, Germany, participated in the development of the neutron radiation detector, installed on the lander of Chang'e-4.

"Our instrument measures the dose rate of the radiation which astronauts would experience on the moon. And that's something important because once astronauts come back from the moon, that's the only risk that remains," he said.

The instrument also measures thermal neutrons, which may help detect subsurface water. It was the first such instrument operating on the moon.

"This mission is very exciting. Preparing for future human exploration of the moon is an excellent idea," he said.

"I think one of the beauties of space science is that we do cooperate internationally. Space science to me is something important, also as a message of peace worldwide."