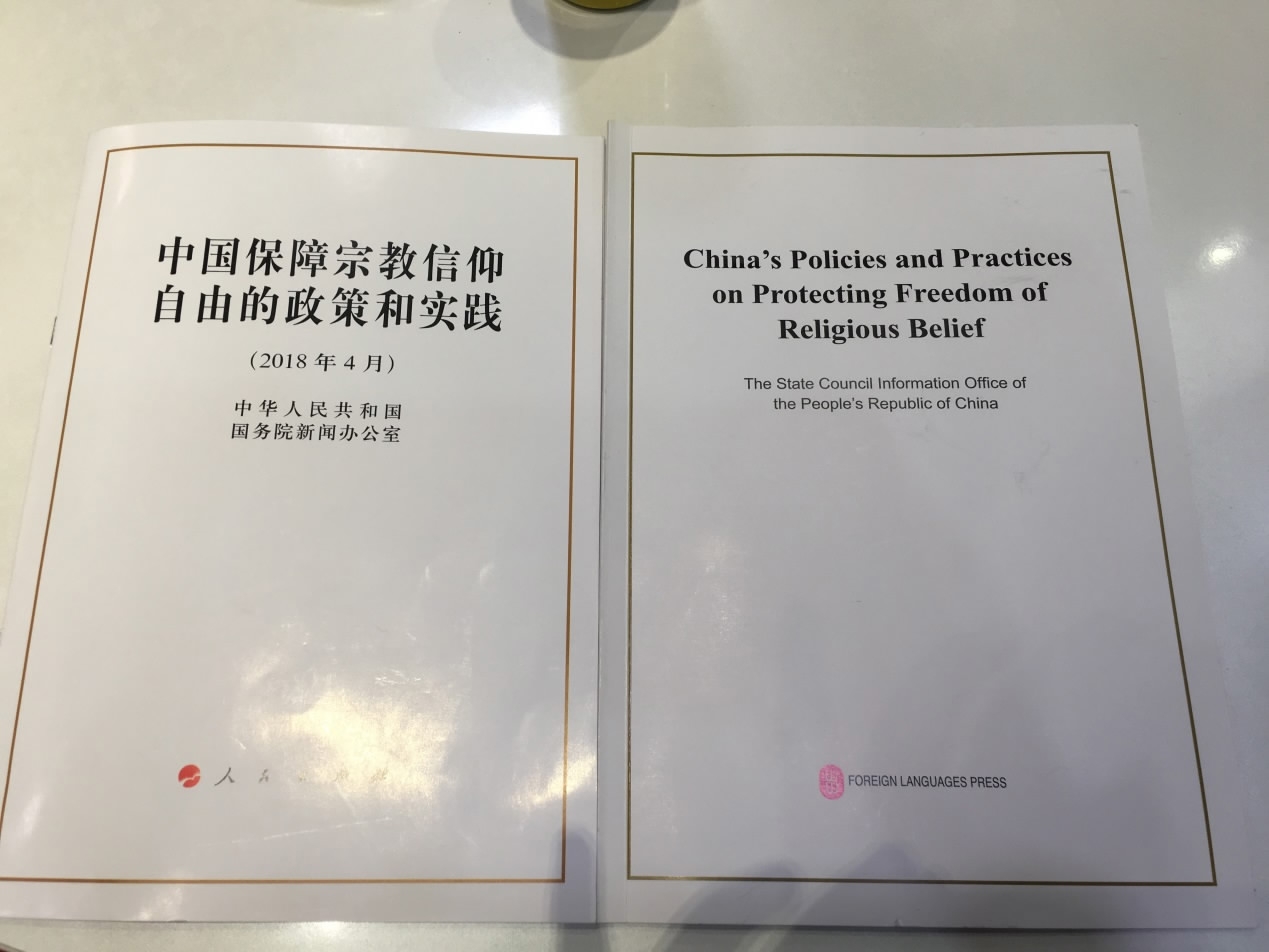 The China white paper on religion was published on April 3, ‍2018. (Photo: CGTN)

China has pledged to continue to respect and protect the freedom of religious belief as a basic policy of the Communist Party of China and the Chinese government.

The position was contained in a white paper published on Tuesday and elaborated on at a news conference held by the State Council Information Office (SCIO).

It's the second white paper on religious freedom; the previous one was issued in 1997.

The document said China manages religious affairs in accordance with the law, adheres to the principle of independence and self-management, actively guides religions to adapt to the socialist society, and unites religious believers and non-believers to the greatest extent.

The state treats all religions fairly and equally, it said, and does not exercise administrative power to encourage or ban any religion.

"Legally, no religion can surpass other religions to enjoy special rights,“ said Chen Zongrong, former deputy chief of the State Administration of Religious Affairs. "Both believers and non-believers enjoy the same rights and perform the same duties in the society, in one word, it's equal."

The document said the country's socialist legal system with Chinese characteristics is continuously being improved, providing stronger guarantees for the lawful rights and interests of religious believers.

The religious activities of foreigners in China are also protected in accordance with the law, according to the white paper. 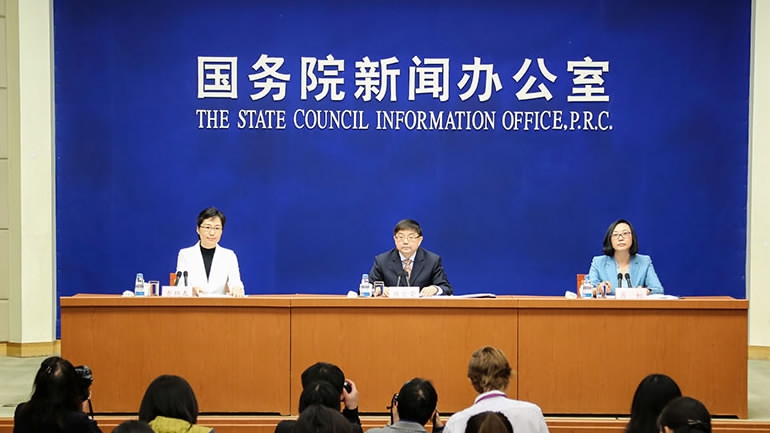 It said China respects foreigners' freedom of religious belief within its territory, and is committed to protecting friendly relations, cultural and academic exchanges about religion between foreigners and Chinese religious groups.

The law, however, prohibits overseas nongovernmental organizations from illegally engaging in or sponsoring religious activities.

The document also noted that religious extremism and violent terrorist activities are dealt with in accordance with the law. It said China opposes all extremism that seeks to instigate hatred, incite discrimination and advocate violence by distorting religious doctrines or through other means, and forbids any discriminatory behavior on the grounds of region, ethnicity or religion. 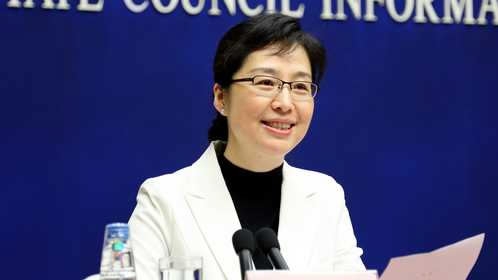 There are about 5,500 religious groups in China, including seven national organizations, and about 144,000 places of worship registered for religious activities in China, including 33,500 Buddhist temples of different schools, 9,000 Taoist temples, 35,000 Islamic mosques, 6,000 Catholic churches and places of assembly spread across 98 dioceses, and 60,000 Protestant churches and places of assembly, according to the white paper.

Worshippers light incense to pray for happiness and good health at the Dacheng Temple on February 16, 2018, in Qiqihar, China. (Photo: VCG)

All normal religious activities, which believers conduct at places of worship or in their own homes, are protected by law, and no organization or individual may infringe on these rights, the white paper said.

Religious groups in China have made efforts to interpret religious teachings and rules according to China's conditions and contemporary needs, actively engaged in charity activities and conscientiously resisted extremism.

The major religions practiced in China – Buddhism, Taoism, Islam, Catholicism and Protestantism – have a total of nearly 200 million believers and more than 380,000 clerical personnel. Across the country, there are about 144,000 places of worship registered for religious activities. Religions in China actively involve themselves in charity, and communicating with the world through holding international seminars and such like.

About 20,000 prominent religious figures are serving as legislators or political supervisors in the country.

"Generally, religions in China have been changing their focus from increasing number of believers to improve their management and images. They are focusing on the Chinese orientation, building up their thoughts, culture, mechanism and talents,” Chen said.