CHINA China, WHO to step up source tracing efforts

China, WHO to step up source tracing efforts 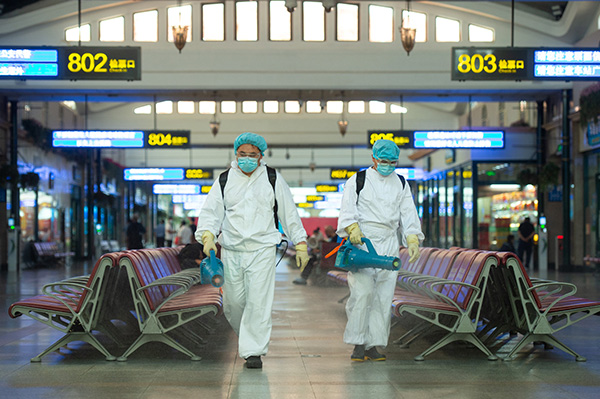 The World Health Organization, or WHO, will send a team to China this weekend to prepare scientific plans with Chinese counterparts for indentifying the zoonotic source of COVID-19.

WHO Director-General Tedros Adhanom Ghebreyesus said on Tuesday that the experts will develop the scope and terms of reference for a WHO-led international mission.

"The mission objective is to advance the understanding of animal hosts for COVID-19 and ascertain how the disease jumped between animals and humans," he told a virtual news conference from Geneva.

China's Foreign Ministry Spokesman Zhao Lijian said on Tuesday that China believes that tracing the origin of the virus is a scientific matter that should be studied by scientists and medical professionals.

"China and the WHO have been in close communication and cooperation on source tracing since COVID-19 broke out, and Chinese scientists have also been discussing this with scientists in other countries," he told a news briefing in Beijing.

"China will continue supporting scientists from all countries in researching the origin and transmission routes of the coronavirus."

Mike Ryan, executive director of the WHO Health Emergencies Program, noted that the answers to questions such as how the virus can breach the intermediate barrier to humans, can be elusive.

"We will be working very closely, as we did in previous missions, with Chinese colleagues," Ryan said, adding that further investigations will be decided based on what data are available.

Ryan emphasized they will keep an open mind. "Science will stay open to all possibilities," he said.

Science Focus, a United Kingdom-based science magazine, reported on Monday that the novel coronavirus may have been lying dormant across the world until emerging under favorable environment conditions, rather than originating in China.

It cited the study by Dr. Tom Jefferson from the Centre for Evidence-Based Medicine (CEBM) at Oxford University. Jefferson pointed to a string of recent discoveries of the virus's presence around the world before it emerged in Asia as growing evidence of its true origin as a global organism that was waiting for favorable conditions to finally emerge.

Traces of COVID-19 have been found in sewage samples from Spain, Italy and Brazil which pre-date its discovery in China. A preprint study, which has not been peer reviewed, claims to have found the presence of SARS-CoV-2 genomes in a Barcelona sewage sample from March 12, 2019, according to Science Focus.