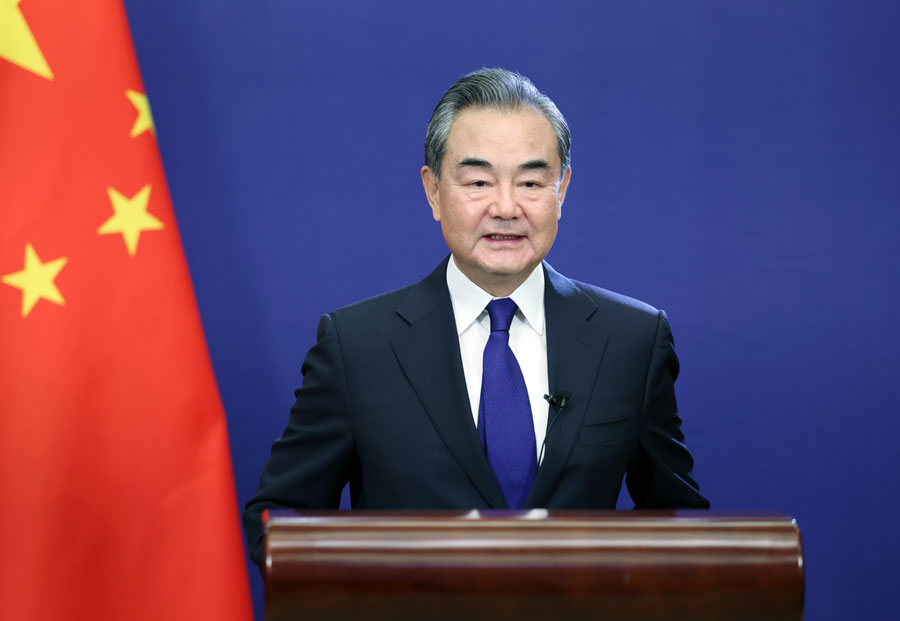 China promoted the adoption of UN Security Council resolution 1172 on the nuclear tests of India and Pakistan, advocated the opening of the six-party talks on the Korean Peninsula nuclear issue, made important contributions to the Iran nuclear agreement, and participated in the resolution of the Syrian chemical weapons issue, Wang said.

The foreign minister said China will continue to pursue an approach of common, comprehensive, cooperative and sustainable security, and provide support to deal with differences and disputes via dialogues and negotiations.

At the same time, China will resolutely oppose any infringement on its territorial integrity and sovereignty, oppose any move that undermines the country's legitimate strategic security interests, and firmly defend its legitimate security and development interests, Wang stressed.

China will play to its strengths and put forward its initiatives and contribute Chinese wisdom to maintain global strategic security, he continued.

"We will strive to build an arms control theory system with unique Chinese characteristics, coalesce the consensus of all countries, and conform to the historical trend, so as to create a favorable environment for promoting countries to jointly follow the road of peaceful development and play a unique role in carrying out great power diplomacy with Chinese characteristics," he said.