CHINA China will do what 'it takes' to halt secession

China will do what 'it takes' to halt secession 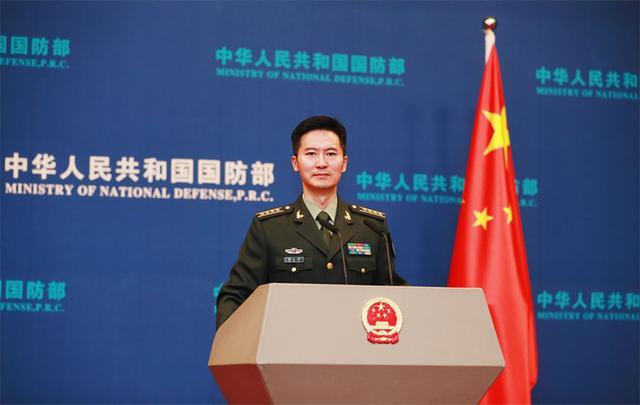 China will do "whatever it takes" to thwart any effort aimed at Taiwan seceding from China, Senior Colonel Tan Kefei, spokesman of the Ministry of National Defense, said on Thursday.

The recent exercise by the People's Liberation Army near the Taiwan Straits was meant to target foreign interference and Taiwan separatists, and has demonstrated that China is determined and capable of safeguarding national sovereignty and territorial integrity, he said in a regular news briefing.

"The island's ruling Democratic Progressive Party has disregarded the safety and well-being of Taiwan compatriots in its efforts to secede and stir up confrontation between the Chinese mainland and Taiwan," he said.

"This scheme for secession has damaged peace and stability in the Taiwan Straits, and it is doomed to fail," he added."If Taiwan separatist forces dare to attempt Taiwan's secession under any circumstances, we will do whatever it takes to thwart their efforts."

Tan's remark came after China's Foreign Ministry clarified on Monday that the "median line" in the Taiwan Straits has never existed. Experts said this move is a solemn wake-up call for Taiwan separatists and the United States, and this arbitrary line created by the US military in the mid-20th century does not obstruct the activities of the Chinese military and the nation's march toward reunification.

It is a grievous mistake for anyone to doubt China's resolve and capability to safeguard national sovereignty and territorial integrity, experts said. If Taiwan separatists continue to collude with some forces in the US, including in the form of official interaction and arms deals, China will take more tenacious countermeasures to protect its core interests, they added.

When asked about warplanes of the PLA Eastern Theater Command crossing the "median line" during its recent exercise near the Taiwan Straits, Wang Wenbin, a spokesman for China's Foreign Ministry, said on Monday that Taiwan is an inalienable part of China and there is no such thing as a "median line".

Wang's remark came following the visit of US Undersecretary of State for Economic Growth, Energy and the Environment Keith Krach to the island last week. It is the second visit by a senior US official to the island in two months, prompting strong protests from China.

Last week, the Pentagon was reported to be planning to sell up to seven major weapons systems, including mines, missiles and drones, to Taiwan under an initiative called "Fortress Taiwan". The $7 billion arms deal is poised to be approved by the administration of US President Donald Trump, which has already approved an arms package to Taiwan valued at over $13 billion.

US Republican Senator Rick Scott introduced a bill last week that seeks to authorize the US to counter China militarily over Taiwan. The bill also advocates visits between top officials from the US and the island.

Su Xiaohui, deputy director of the China Institute of International Studies, told China Central Television that the US and Taiwan separatists are changing the status quo and "tipping the scale" in the region toward their goal of separating the island from China.

China officially denying the so-called median line is an act of "rebalancing the scale" and a solemn warning to the US and Taiwan separatists not to play with fire, Su said."The next time the US wants to play the Taiwan card, it will have to consider whether it can accept more tenacious countermeasures from China."

The concept of the "median line" was created around 1955 by US General Benjamin Davis Jr, commander of the US Air Force Air Task Force 13, which was then based in Taipei, after Taiwan signed a mutual defense treaty with the US. The line was later redrawn by Taiwan defense officials and the latest coordinates were published in 2004.

The line's original intent was to deter warplanes from the Chinese mainland, but it did not limit the range of operations for warplanes from Taiwan as evident when several surveillance aircraft from the island, including the Lockheed U-2 spy plane, crossed the line in the 1960s to spy on the mainland, according to the Military Museum of the Chinese People's Revolution.

Though the "median line" was never officially recognized by the international community and therefore was not governed by any law over the decades, the line gradually became a barometer of cross-Straits relations, according to a Beijing-based military historian who requested anonymity.

In a gentlemen's agreement, militaries from both sides of the Straits generally stuck to their half of the strategic waterway, which helped reduce friction and the risk of accidents, he said. However, when cross-Straits relations sour, typically triggered when Taiwan leans toward secession, Chinese military aircraft and vessels sometimes would approach the "median line" to send a strong warning.

This tactic has been regularly deployed since the 1990s, with a notable development on March 31, 2019, when two J-11 fighters of the PLA Air Force crossed the "median line" after the US signed a law to enhance relations with Taiwan and encourage other nations to do the same.

"Some Taiwan separatists and US strategists have grown complacent and believed the arbitrary 'median line' is a red line that China dare not cross. They are sorely mistaken," the historian said.

"China's official rejection of the existence of the 'median line' will shatter the illusion that the PLA does not have the capability or the will to conduct routine exercises in the region and reunify the country by force," he said.

Song Xiaojun, a military commentator for China Central Television, said the recent live combat drill by the PLA Eastern Theater Command is a test of China's ability to fight a war involving multiple branches of the military, and a warning to Taiwan separatists and the US.

"If the situation in the Taiwan Straits keeps deteriorating, China may take more extensive, necessary measures to safeguard national sovereignty," he said.