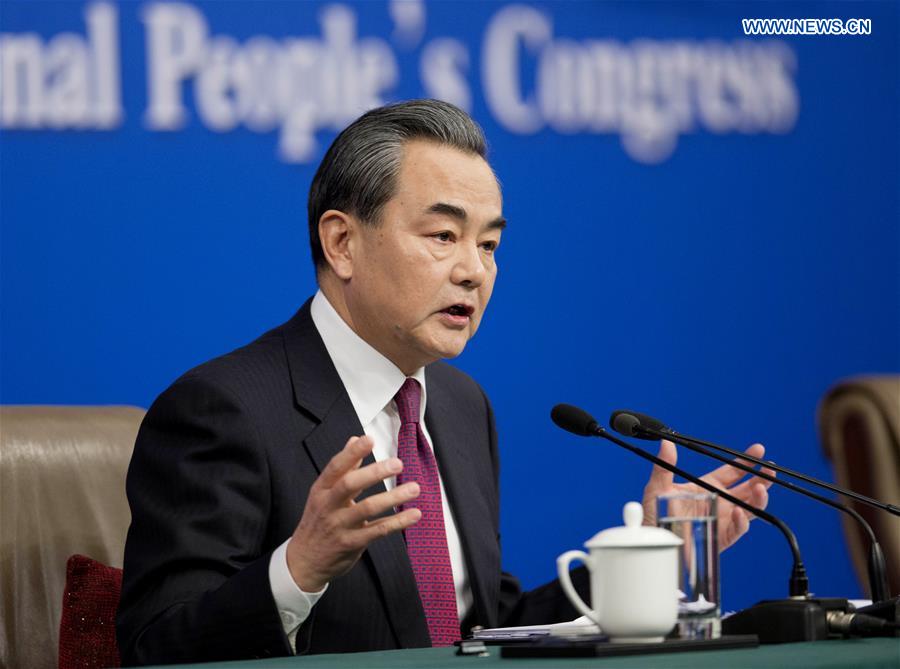 Chinese State Councilor and Foreign Minister Wang Yi reached four common understandings with ministers from Myanmar and Bangladesh on Friday, including the immediate repatriation of refugees and boosting border area development, as part of the solution to the Rakhine State conflict.

On the issue of the Rakhine State, China's position is consistent. We believe that the issue should be solved through dialogue and consultations between Myanmar and Bangladesh, and the international community should act according to the two countries' wishes, Chinese Foreign Ministry spokesperson Lu Kang told a daily press briefing on Friday."Myanmar and Bangladesh hope China can offer help and support to solve the issue," and as a neighbor, China needs to get involved when its neighbors need help, Lu noted. Wang and visiting Myanmarese minister of the office of the State Counselor U Kyaw Tint Swe and Bangladeshi foreign minister Abul Hassan Mahmood Ali  discussed the issue at a tea gathering on Friday. The atmosphere of the discussion between the three senior officials "was frank, sincere, relaxed and friendly, and they reached four common understandings," Lu said. The four common understandings are: "Immediately improve the situation in the Rakhine State through the plan of stopping violence-repatriation-development; the priority at this stage is to repatriate refugees to Myanmar from Bangladesh, and take concrete measures to realize the repatriation; based on the two countries' wishes, China is willing to provide assistance to improve the refugees' resettlement, which includes emergency assistance and reconstruction; boost  cooperation on developing the border areas between Myanmar and Bangladesh, and improve the living standards of the locals."Myanmar and Bangladesh had engaged in a dispute on receiving refugees back from Bangladesh, and Myanmar had faced domestic opposition on the issue. But it has become a problem for the country's development. That's why they reached an agreement with China, Xu Liping, an expert on Southeast Asian studies at the Chinese Academy of Social Sciences, told the Global Times on Friday. "Myanmar also didn't have the capability or resources to effectively resettle the Rohingya returnees. China will help out through assistance and reconstruction," he noted.The China-Myanmar Economic Corridor and other projects of the China-proposed Belt and Road initiative in the region have also been affected by the instability at the Myanmar-Bangladesh border area and the refugee issue, in addition of being a responsible major power in this region, so China is also willing to provide help to hasten a solution, Xu said. China's support for Myanmar is consistent. In September 2017, Hong Liang, Chinese Ambassador to Myanmar, donated 200 million Kyat ($150,262) on behalf of the Chinese government to Myanmar's Ministry of Social Welfare, Relief and Resettlement for Rakhine State.Lin Yuan, deputy director of the Myanmar Office of the China Foundation for Poverty Alleviation (CFPA), told the Global Times the organization has been conducting educational projects in Myanmar since 2015 and has received good results.Rohingya people fled alleged murderous retaliation between government and civilian militia following deadly attacks on August 25, 2017 by rebels on security posts. They have been in makeshift refugee camps in Bangladesh and have been enduring floods."The lack of development is the core problem in the Rakhine State issue. Boosting the development and improving the living standards of the locals can lead to sustainable peace and stability," Xu said.